ONE: Ofqual fights back 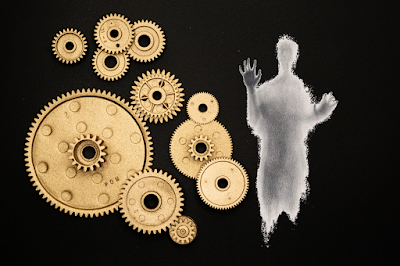 It seems Ofqual has decided to fight back against the serious criticisms levelled at its handling of the summer examinations. What is surprising is how it is fighting back with philosophical arguments on the one hand and reiteration of their analysis of past data on the other.
The Secretary of State for Education, Gavin Williamson, announced in a statement last week that examinations in England will go ahead, despite Wales and Scotland retreating from such a move. His insistence that “exams are the fairest way to judge a student’s performance”, will be seen by some as very risky move in terms of ensuring fairness. This is despite assurances that marking will be more generous alongside forewarning of some topics to be examined. This follows a flurry of recent papers from Ofqual that illustrate the problems of the whole system ranging from the philosophical basis through to the practicalities of assessment.
Arrangements for 2021.
Ofqual also released last week a fuller explanation of the arrangements for examinations in 2021 with a statement by acting Ofqual Chief Regulator, Glenys Stacey, ‘Exams and assessments in the months ahead’.
This came on the back of a series of analyses and papers put out by Ofqual earlier  that were intended to deflect criticism of the 2020 examinations and their initial approach to them. However, this might backfire under closer scrutiny. They have continued with their defence of the decision to proceed with awarding estimated grades calculated as Centre Assessment Grade (CAG) determinations. Basically, this means looking at the past records of the centres (schools and colleges) and awarding student grades that aligned with this. The overall aim was to maintain standards. Indeed, this was the priority of the Secretary of State for Education, Gavin Williamson in his letter to Ofqual on 31st March 2020. His assurance to the Education Committee on the 16th September 2020 (see TEFS 18th September 2020 ‘Three Wise Monkeys’ of the exams mess’) that fairness or equality for disadvantaged students were priorities was crucially missing in the March letter to Ofqual. Now Ofqual are protesting that the disadvantaged and fairness was at the forefront of their minds after Gavin Williamson changed tack in a letter to Ofqual on 12th October 2020 that included the instruction, “The priority now is to ensure that students have confidence that they will be fairly treated in terms of assessment in 2021”.
It will be interesting to see how this might be achieved in a system that will proceed with examinations in 2021. That Ofqual are so determined to defend their position this summer is somewhat ominous after such devastating criticism. It suggests they may be considering a repeat of the performance this year if examinations must be cancelled again.
There may be a clue in the instruction from Williamson on 12th October “It is critical that we plan for all foreseeable scenarios to safeguard students’ ability to sit exams”. He goes on with “schools and colleges within a locality may be adversely affected by the pandemic during the examination season in ways that put exams for students in those centres at risk. The work here will need to identify all the potential scenarios, and it will be important to evaluate the risks and possible unintended consequences of each of the contingencies we consider”.
There is an allusion to maintaining standards without saying as much with “It is vital, of course, that we maintain the validity of qualifications as far as possible”.
What is the fair alternative?
The Department for Education’s ‘Contingency framework: education and childcare settings (excluding universities)’, out on 27th November 2020, offered little by way of a contingency if all examinations had to be cancelled. There appears to be a determination to avoid the possibility of teachers making assessments or predictions. Yet, next year most teachers will be wary and better prepared than earlier this year. Instead “validated teacher informed assessment” will only be used “once all chances to sit an exam have passed”.
The idea of making examinations easier through examination aids and letting students know of some topics in advance seems strange. It may simply favour those in schools that are better able to react quickly to help their students. There is an increasing likelihood of exacerbating existing variations in equality in schools from advantaged and less advantaged areas.
Williamson’s statement on 3rd December 2020 has some acknowledgement of variations across the country and has added “a new expert group to look at differential learning and monitor the variation in the impact of the pandemic on students across the country”. They may well conclude that examinations next year are mistake if there is to be any fairness. On the same day in ‘Exams 2021: Contingency plans revealed as ministers attempt to avoid another fiasco’ Schools Week suggested something even stranger with “The group may look into ideas such as issuing an asterix on results to show pupils who had lost learning”. It is hard to think of anything more unfair and divisive in a system already stacked against those needing most help.
The result of reverting to teacher predicted grades this summer was the uplifting of grades awarded across the board. The government may wish to avoid this, but the scene is set for the same happening again. In suggesting there was no bias against disadvantaged students, It seems Ofqual are accepting that by using CAGs they merely shifted the goal posts not the inequality.
Mike Larkin, retired from Queen's University Belfast after 37 years teaching Microbiology, Biochemistry and Genetics. He has served on the Senate and Finance and planning committee of a Russell Group University.