Plan for Jobs: There is no such thing as a free lunch 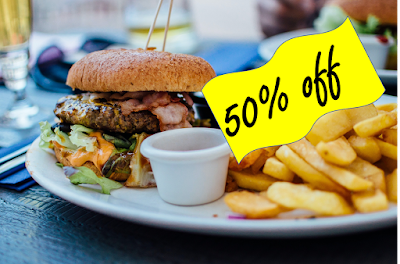 The government’s ‘Plan for Jobs’ statement emerged today and it heralds a major injection of borrowed money into the economy. The numbers are incredibly eye-watering and reflect the extent of the recession storm coming soon. The £30 billion of incentives to businesses may be only the start and become a tactic that could backfire if they don’t take the bait. The impact on students will be indirect as there is no indication that additional maintenance or hardship support will be offered. It is particularly disappointing that the chance to reinstate some element of maintenance grants has been lost. However, the fear that COVID-19 will strike again and precipitate another lockdown is still with us. This would be a disaster for universities already close to organisational collapse. Also, there is no explanation about how it will all be paid for and we will probably learn in an Autumn statement about more taxes and what the consequences will be over time.


The idiom ‘there ain't no such thing as a free lunch’ was popular in 1930’s America during the height of the ‘new deal’ designed by FDR to bail out an economy in deep recession. Its origins are obscure but go back to mid-19th century America when bars offered free snacks if you bought a drink. The catch was that the snacks were laced with extra salt as an inducement to getting another beer. It must work as it still happens today. FDR did many things to get people back into employment, but he stopped short of offering a free lunch to rich people who could afford it. The chancellor, Rishi Sunak, has no such qualms and during August those people who are better off will be able to get half-priced lunches. The idea is to offer an inducement to bar and restaurant owners to hire more staff in the hope that the trend will continue past the end of August.

The same tactic is being applied in other areas with inducements to employers as the central strategy. It is a blunderbuss approach that is not well targeted, and many will question the wisdom of giving more to people that do not necessarily need it. In the rush to pump money into the economy, it may represent very poor value for money in the long run. It is also an inherently ‘free market’ approach that is familiar to Conservatives. But it could equally backfire if the money ‘disappears’ into the coffers of businesses who head for the hills and the ‘permanent’ jobs do not materialise after Christmas.

The so-called ‘mini-budget’ has rightly concentrated on young people to avoid the mass unemployment levels of the 1980s. Those of us who started out in our careers at that time will remember the enormous impact on families across the country. The crisis was deliberately engineered by the Thatcher Government and their adherence to the ‘monetarist’ economics of Milton Friedman (see one speech ‘The Free Lunch Myth’). It was totally avoidable and his anarchic belief in free enterprise, and opposition to state intervention, turned out to be disastrous. Today, the cause is one sent to us by nature and one that the government could not avoid. The resulting major interventionist response will no doubt have Friedman turning in his grave. However, he might recognise that the moves today are intended to boost enterprise in the hope that it will retain and create jobs. It is a risky experiment that could easily backfire.

This is followed by “High quality traineeships for young people” but employers will only get £1,000 per trainee. This may be more suited to graduates, but the scheme is extended to “those with Level 3 qualifications and below”.

Additional inducements are planned for employers to take on more apprentices. This might work better than the existing structure and levy, but it will be interesting to see if it further increases the uptake of degree apprenticeships. A recent report from the Social Mobility Commission, ‘Apprenticeships and social mobility fulfilling potential’ gives a detailed analysis of the progress of the scheme to date. Worrying is that degree apprenticeships are not necessarily benefiting the least advantaged.

More courses for school leavers are planned alongside an additional capacity for job finding services. The private sector emerges here with “£40 million to fund private sector capacity to introduce a job finding support service in Great Britain in the autumn.” Observers will be looking keenly at where the money goes. However, a flexible support fund of £150 million is earmarked to help those seeking work, such as travel expenses, and at least acknowledges the stress some will find themselves in.

The impact on students.

There is nothing identified that is geared directly to support students going to university this autumn. Again, the blind spot about students being mostly supported by families is evident in this omission. Yet the situation is changing fast. It looks as if many students are at least preparing to ‘attend’ university (see TEFS 26th June 2020 ‘Students accept offers they cannot refuse’ and the latest from UCAS – added on 9th July 2020 ‘University applications rise during lockdown’). At this point, they may see few, if any, alternatives. With most universities having little idea about how many of their students depend upon income from part-time jobs (see the Guardian ‘University students who work part-time need support – or they will drop out’ and TEFS 16th June 2020 ‘University student part-time working is a dangerous blind spot’), the likely call on hardship funds is not known. If reassurance is not given soon, many may become less confident.

The initiatives that are geared to getting young people into jobs will impact indirectly on students. The moves to get the economy back in place, especially the hospitality industry, may release jobs for students and alleviate their loss of funds. Those who have just graduated would do well to sign up as job seekers on Universal Credit as soon as possible. It might offer some hope of employment for six months if long term unemployment is looking more likely for them. Students who graduated this year could claim before they graduated and soon as the term ends.

Dangers on the horizon.

The government will need to be especially vigilant as the months pass. The possibility of another COVID-19 outbreak is still a real threat. This means that the initiative now can only be a temporary measure and there are more stresses likely to come. The stimulus announced today is simply geared to avoiding huge job losses in the run-up to Christmas and many businesses may fold after that. For students seeking part-time work, the incentive to employers may lead to them seeking out jobseekers on universal benefits, taking advantage of the subsidies. Students do not come with this money. Only in very limited circumstances can students claim universal credit. Hence, they may well find their positions taken by lower-cost subsidised employees.

Many students arriving or returning to university will also find their family income has been affected and will have to do with less support. In response, the government has decided to let the universities deal with hardship funds at the local level. But it is most likely that support in this area will have to be boosted to a greater degree. To administer it this way is a mistake, simply because many families do not like the idea of what looks like begging for charity. A more structured support system crossing all institutions is needed to counter this effect.

A return to some version of maintenance grants would have been a simple way to assist them next year. But the chance to plug this gap has been lost. Although the number of students applying this year has increased slightly, there is still a danger that many will find they have to withdraw or defer. Waiting things out, and the possibility of a minimum wage job for six months might seem more attractive to some who will find themselves under pressure. However, they will not find they are a priority. The government missed a chance to offer incentives to make sure they are confident to continue into university.