How precarious are universities in the UK? Update 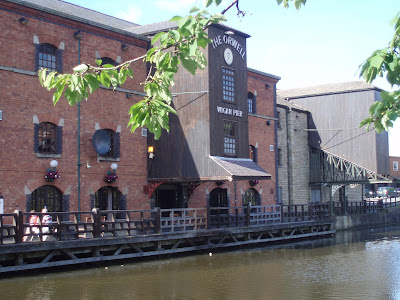 The Institute for Fiscal Studies(IFS) produced a report today (‘Will universities need a bailout to survive the COVID-19 crisis?’) that takes a closer look at the finances of our universities through the lens of HESA statistics and projects them onto 2024. As TEFS concluded in May with the question 'How precarious are universities in the UK?', it appears that some are more precarious than others to an alarming degree. The prospect of insolvency is considered in three different scenarios, optimistic, central and pessimistic, taking into account moves made by the government so far. The headline conclusion is that. “For around a dozen universities, insolvency is likely to become a very real prospect without a government bailout”. Missing is the impact upon widening access by ‘disadvantaged’ students from low participation areas. This may become the battleground as some universities mount a fierce defence.


Back in May, on what seems like a different planet to the one we are on now, TEFS looked at HESA statistics related to university finances and student numbers. Net liquidity in days and the numbers of non-UK students were considered as key indicators. The conclusion was that some universities with low net liquidity might be looking at insolvency (see TEFS 22nd May 2020 How precarious are universities in the UK?). The considerable variability of financial stability of universities across the different groups was a surprise. The main reason was the loss of student numbers through fewer coming from outside the UK and the redistribution of students from within the UK. Just before then, the government had agreed to advance student fees this year to plug the potential liquidity gap that was emerging. However, this is a short term solution that kicks the can down the road in a way similar to offering a ‘payday loan’ (TEFS 4th May 2020 ‘Universities to get 'payday loan' sticking plaster’). Since then, the government has strengthened this tactical approach by doing a similar deal to protect research-active universities (see TEFS 27th June 2020 ‘Bailout for research universities: Student support on hold’). The result will be a temporary stabilisation of finances for universities with large research portfolios that depend upon a sizeable number of non-UK students.


The IFS has grouped universities into quartiles using the 2020 Complete University Guide (CUG) league table ranking. This approximates the Russell Group, pre-12 and post-92 groupings that are also looked at. The elite universities are likely to bear the greatest loss of income from the decline of non-UK students. These will also have to cover increased pension costs and loss of other income. It explains why the government moved to plug the gap for these institutions under the guise of research support. However, this is only the beginning. Taking this into account, it now seems that the lower-ranked universities will suffer from a redistribution of UK students who trade up to higher-ranked universities. The government has sought to limit this activity but this is not fully waterproofed and it will leak badly as the full +5% is pushed to its limits.


The likely outcome is that the universities taking the lions-share of widening participation, with more students from lower participation areas, are more likely to go under. The IFS concludes that ‘restructuring’, a euphemism for job losses, is unlikely to avert the crisis alone.

A number of alarming alternatives are discussed. Some are quoted here to give a flavour of what the thinking is.

"Most ambitiously, it could help struggling institutions by pushing through general reforms – for instance, by increasing funding for courses below degree level as recommended by the Augar Review."

"One option for the government is to set a precedent by letting institutions go insolvent. This could then enable a debt restructuring for otherwise viable institutions, or lead to a takeover or wind-down. Alternatively, the government could intervene to avert this outcome with a bailout, i.e. a transfer of real resources in addition to the liquidity measures announced so far."

"In principle, debt restructuring could be achieved with no impact on current students, though it may come with job losses and changes in future course provision"

No doubt the government is already in a similar mindset and we await further revelations later this week from the Chancellor. Whatever system emerges from this mess, it must not embed further the existing two-tier system of the elite versus the rest. That is the elite for those that can pay and the rest confined to a vocational route below degree level.

The alarm siren is already winding up and the government is at a pivotal point in its levelling up strategy. It must grasp the opportunity to give all with potential an equal chance to take their place in society and an equal chance to be recognised for their ability and worth.

The cover picture is one I took at Wigan Pier in 2016. It is a timely reminder of observations made many years ago in 1937 that seem to have changed little.

“You see statues everywhere to politicians, poets, bishops, but none to cooks or bacon-curers or market gardeners.”
― George Orwell, The Road to Wigan Pier.


Mike Larkin, retired from Queen's University Belfast after 37 years teaching Microbiology, Biochemistry and Genetics. He has served on the Senate and Finance and planning committee of a Russell Group University.