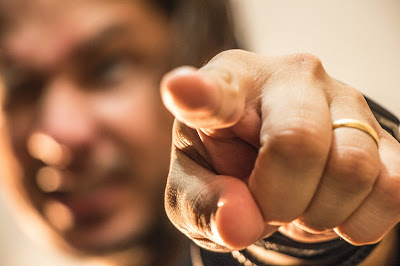 The universities minister attacked universities directly earlier today with “For decades we have been recruiting too many young people on to courses that do nothing to improve their life chances or help with their career goals”. For a minister in a government that has ruled for ten years, it can only be a staggering admission of failure. The expansion of student numbers in a poorly regulated market lies at the core of the problem as she sees it; if indeed there is a problem. Attacking universities that did what they could in a competitive environment fostered by a conservative government is a very low punch unworthy of a Minster. Meanwhile, in the context of a widening access conference, the chance to reassure everyone that support for hard-pressed students would be coming soon was painfully lost.

Earlier today the Universities Minister, Michelle Donelan (see*Note below), called for “true social mobility” in a speech for the National Education Opportunities Network (NEON). The hope was she would tell us about support for students and universities emerging in the coming days. Although a comprehensive spending review has been put back again, the Treasury announced on Twitter yesterday that there would be an ‘Economic Update’ next week on Wednesday 8th July. This was a golden opportunity for Donelan to indicate what help we could expect. Instead, it turned out to be an unjustified attack designed to cover up the admission of failure. Theodore Roosevelt once said, “If you could kick the person in the pants responsible for most of your trouble, you wouldn't sit for a month”. Another member of the Roosevelt family, FDR, had more advice for her, “Do Something. If it works, do more of it. If it doesn't, do something else”.

The main focus of the NEON meeting ‘Where to now for outreach? Innovation and impact of Covid 19 on widening access to HE work in 2020-21’ was to launch a new initiative ‘Uni4Me’ that brings together 250 online activities from 50 organisations in the higher education (HE) sector to help improve access to university. The whole idea is predicated on universities offering opportunities in their courses.

Michelle Donelan’s attack on universities, therefore, seemed inappropriate in the circumstances. It may go unnoticed in the COVID confusion and babble coming from government but it does nothing to help either.

After a few benign platitudes, she opened fire with “But today I want to send a strong message – that social mobility isn’t about getting more people into university”.

“For decades we have been recruiting too many young people on to courses that do nothing to improve their life chances or help with their career goals”.

“True social mobility is about getting people to choose the path that will lead to their desired destination and enabling them to complete that path”.

“True social mobility is when we put students and their needs and career ambitions first, be that in HE, FE or apprenticeships”.

Failing to mention the utility of degrees in politics as a career option (see*Note below) she ploughed on with “Whatever path taken, I want it to lead to skilled, meaningful jobs, that fulfil their ambitions and improve their life earnings, whether that’s as a teacher, an electrician, a lawyer, a plumber, a nurse or in business”.

She did not stop the attack there.

“Too many have been misled by the expansion of popular sounding courses with no real demand from the labour market”.

“Quite frankly, our young people have been taken advantage of”

“And too many universities have felt pressured to dumb down”

“We have seen this with grade inflation and it has to stop”.

As an aside on the latter point, see TEFS 19th April 2020 ‘Grade inflation and contextualised admissions to university are stirring up a wasp’s nest’. She would do well to hold back on such assertions or risk getting stung.

This all seemed internally inconsistent with her comment that “But don’t get me wrong - higher education should be open to all, all those who are qualified by ability and attainment”

All of this also seems to signal that the government will continue to control numbers into the future alongside determining the types of course to be offered. This has little to do with ‘Social Mobility’ but it has everything to do with abandoning the ‘free market’ approach of the last ten years.

An admission of government failure.

Remember that a conservative government has ruled in either coalition or alone since 2010. That is for ten years. Therefore Donelan’s assertion that “the 2004 access regime has let down too many young people”, and led to the problem in universities identified by her today, hardly goes back to the Higher Education Act of 2004 under a Labour government. That is patently ludicrous. All universities were calling for more funding in 2004. A Labour Government, who allowed universities in England to set their own tuition fees up to a cap of £3,000 a year, hardly led to the current mess. Instead, the developments since a major hike in fees were voted on in December 2010 would appear to be at the root of the ‘problem’. The Conservative Government engineering this deliberately. Teaching grants were also phased out in a deliberate move to create a ‘market’ in student places. Abolition of student number controls in England and Wales in 2013 was part of this masterplan. The Higher Education Policy Institute (HEPI) has a good overview from that time ‘A guide to the removal of student number controls’. It’s author Nick Hillman asserted that “This is another step in the liberalisation of English higher education, though it also marks a change in direction as over recruitment penalties have been tightened in recent years”. The result was a massive increase in student numbers encouraged by a conservative government. Hillman was right in his warning “But the policy was put together rapidly, with little attention to precedents at home or abroad that might have served as a useful guide. It remains fuzzy”. How to pay for the increased numbers and maintain quality were dual problems then as they are now. However, abolishing maintenance grants in 2016 hardly did much for ‘Social Mobility’.

Donelan’s final flurry displayed little concession to taking responsibility. Instead, she said, “So, today I’m calling for change, to start a new era on access and participation. One that’s based on raising standards, not on dumbing down; on putting prospective students and their ambitions and their needs first; on results and impact, not on box-ticking and marketing; and on delivering graduates into jobs that really will transform their lives.”

This does nothing to inspire confidence for our universities and students alike. Students are already committed to courses this year and will need all the help they can get to make it through a very tough time ahead. If the Government is serious about keeping hopes for social mobility alive, they should instigate a ‘taskforce on student support’ as soon as possible (see TEFS 19th June 2020 ‘Open Letter to UK Government Ministers - taskforce on student support urgently needed’). Attacking universities at this time of crisis and blaming them for the results of failed Government policies is inexcusable.

*NOTE Michelle Donelan was elected as an MP in May 2015 and has been universities minister since February 2020. She has a history and politics degree from York University.

Mike Larkin, retired from Queen's University Belfast after 37 years teaching Microbiology, Biochemistry and Genetics. He has served on the Senate and Finance and planning committee of a Russell Group University