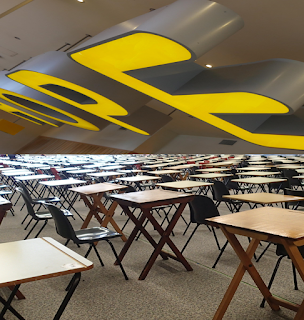 TEFS has called for more urgent consideration of the plight of students who rely on part-time jobs in the UK. The loss of jobs will also extend into the summer months with some students having no financial support from any quarter. The outlook is bleak. Government ministers with responsibility for universities in each of the UK jurisdictions have been written to today to ask for urgent action on a 'Taskforce on student support'.  Emphasis should now turn to students as well as research. The alternative is a retreat on advances on widening access and social mobility achieve in recent years.

An article in the Guardian this week 'University students who work part-time need support – or they will drop out' reported Freedom of Information responses from eighty universities around the UK about student working hours and help available. It instead highlighted an almost competed lack of knowledge about the number of hours students divert to paid employment in term time. Yet in numerous surveys, the proportion of students who rely on income from part-time jobs has been increasing year on year. A further increase was observed by the Advance HE/ Higher Education Policy Institute (HEPI) in its 'Student Academic Experience Survey 2020'. Since March, a catastrophic loss of income has exerted massive pressure on those students affected and will continue into the coming academic year. This will be further exacerbated by fewer jobs available in the summer months. This has been highlighted by Becca Bland of the charity Standalone in the Guardian today with 'Students estranged from their families could end up destitute this summer'.  It brings to the fore the terrible situation that students with no family support must endure with no income from job or benefits.

A call for more joined-up action.

Every university has been reacting fast to the need to help students in hardship. But the tide will keep coming in and a more coordinated approach is needed. Every University is affected across the whole of the UK and it is time to coordinate and disseminate best practice from the wider sector.

Below is an open letter that has been sent today to each Government Minister with responsibility for Universities across the various UK jurisdictions. IIn addition to Gavin Williamson, it has also been sent to Michelle Donelan and Amanda Solloway in England, John Swinney in Scotland, Kirsty Williams in Wales and Peter Weir and Diane Dodds in Northern Ireland.