Social Mobility Commission: Where are they? 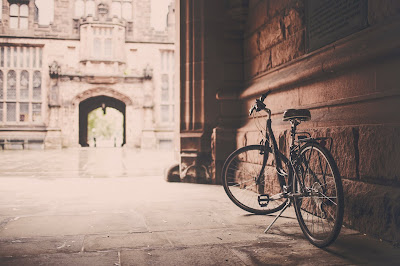 The reincarnated Social Mobility Commission (SMC) restarted its mission last year with a promise of greater action. The urgent need for something positive to happen is undoubted. But what has it done so far and what are its plans? It seems little has changed and it may fall like the previous incarnation did in 2017.

The Government’s idea of ‘Social Mobility’ on trial.

Conservative Employment Secretary Norman Tebbit remarked in 1981 in the midst of rapidly rising unemployment, “I grew up in the 30s with an unemployed father. He didn't riot; he got on his bike and looked for work and he kept looking 'til he found it.”

At the time, this seemed to be the full extent of the Government’s policy on social mobility. Almost 38 years have elapsed since then and one wonders if much has changed. He also said later that, “Parliament must not be told a direct untruth, but it’s quite possible to allow them to mislead themselves.” That was prophetic and sets the scene for the current deluded government that thinks it is taking responsibility for social mobility while in a state of almost complete stasis.

Relaunch of the Social Mobility Commission: The falling brick.

The relaunch of the SMC last year was supposed to herald a rejuvenation of the cause of improving social mobility in the UK. Unfortunately, it seems to have got off to a flying start with all the aerodynamic properties of a falling brick.

Our country has a poor track record in this respect as evidenced from many reports from the Sutton trust and the OECD. Along with others, they have produced clear evidence of a major problem in the UK.

The Commission might do well to start with a clear definition and address the causes. A good start would have been the work of the OECD. A comprehensive report last year ‘A Broken Social Elevator? How to Promote Social Mobility’ looked at the underlying causes and the position of countries around the world with regard to Social Mobility (see also: TEFS 4th May 2018 Social Mobility: It’s the economy, stupid.). Instead the SMC admits defeat from the outset.

In the notes from the new SMC’s first board in December there are a number of indicative statements. Firstly, the chair tells an incompletely attended board that the “Commission should consider its future focus as its approach could be very broad. It was therefore necessary to narrow its focus given limited resources.” To this end “The Commission agreed that they should continue with the great work of the previous Commission in influencing and placing social mobility on the political and mainstream agenda, whilst recognising that the social mobility landscape is crowded and they should be careful not (to) stray into areas beyond its remit”. But the only way to achieve any success is to admit that a broad approach is essential. This must entail treading on toes and offering some leadership.

A broad approach is crucial.

The broader approach by the OECD in its report last year referred to social mobility as "a multi-faceted concept”. It then went on to detail actions necessary across these areas.

The SMC must try to grasp all of the nettles and work across government departments and other agencies to focus on the causes. It should avoid plodding down a well-worn path of simply further reporting of a situation that is likely to be worsening.

Reincarnation of a failed venture.

None of this is a good sign and the sense of urgency seems to be masked by the unpleasant whiff of government interference from the outset. The previous incarnation of the SMC was poorly resourced and came in for considerable criticism. (for example, see TEFS 3rd December 2017 ‘Social Mobility – The New Lie: ‘Dulce et decorum est pro patria pauperibus’). This reached its inevitable climax when the Chair and the board all resigned together in 2017 citing a lack of movement by the government on key recommendations. It has taken over 12 months for the SMC to re-merge – albeit with more commissioners replacing the previous four. Although answerable to the Education Select Committee in parliament, the SMC appears to be something that was formed in the Education Secretary, Damian Hind’s, head. The Education Committee had a much more effective and proactive commission called the ‘Social Justice Commission’ in mind but this was rejected (see TEFS 24th May 2018 ‘Justice for the Social Mobility Commission: A fresh start?’). The SMC must report to them sometime this year and they might expect a hard ride if the recent progress is anything to go by.

Meanwhile the real world is the reality for many.

NUS President Shakira Martin, in an article for the Higher Education Policy Institute ‘On Widening participation’, sets out the current situation well and ‘tells it like it is’. She naturally refers to her excellent ‘Poverty Commission’ initiative from last year that set out to address the barriers to access to post-16 education in the UK. But her conclusion on social mobility was that, “we found that there is a market in poverty – a sort of poverty premium – and our universities indirectly benefit from it".

In a plea for more support for the poorest students she asks a profoundly key question, “How can we expect to improve social mobility when the money from the debts of the poorest students ends up back in the pockets of those already up at the top of the ladder?” This includes universities themselves, their ‘leadership’ and the high profits of property developers cashing in on high cost student accommodation.

Meetings and bold plans are necessary to maintain momentum.

The SMC www site is lacking in important information that might offer us some confidence in their deliberations. There are no biographies of the commissioners to be found, the conflict of interest section as of today still refers to the previous chair. The extent of secretariat support was a contentious issue for the former SMC but there is little information about this now.

Furthermore, the SMC has indicated that there would be monthly meetings. Also, that its February meeting would be ‘regional’ and this might have been informative. However, there is no report of the meeting taking place, or indeed one in March as we approach the end of the month. The notes from the January meeting have yet to surface.

The December 2018 meeting indicated that a new report on the Adults skills gap would emerge, This duly happen at the end of January and unsurprisingly reported that “well-paid, highly-trained workers keep learning as low-skilled workers miss out”.

Omitted was citation of a detailed study from last year sponsored by the OECD, ‘Improving productivity and job quality of low-skilled workers in the United Kingdom’” that reached similar conclusions. The expectation of any scientific output is that such a key paper should have been cited.

It seems that a planned report from the Sutton Trust from 2017 will be updated and released soon. However, this is hardly leading from the front and the conclusions are unlikely to offer many surprises as it is likely to resemble the earlier report of the trust ‘Leading People 2016’.

Evidence of progress is lacking and there is a sense that the Government is not pushing the social mobility agenda enough. The parliamentary Education Committee might seek to address this sooner rather than wait to later in the year. Meanwhile there is 'stasis'. Whether that is in the literal scientific sense or the political sense, or both, is for you to decide.