Justice for the Social Mobility Commission: A fresh start? 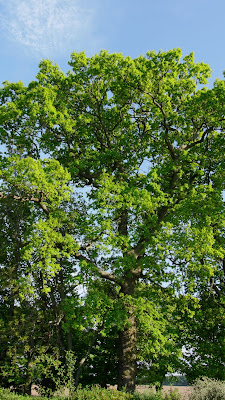 A new chair and a proposed bill for the Social Mobility Commission that gives it powers to enable it to grow greater in influence.

"The proposed amendments would generate the Social Justice Act 2018 and change the remit to one that is very much proactive. This move is designed to make it capable of getting change to happen by directly influencing legislation as it emerges."

The gauntlet has been thrown down. Will government pick it up?

"The miserable have no other medicine, but only hope."
Claudio in Measure for Measure.

Two events this week marked a turning point in how the thorny issue of social mobility and equality are to be approached in the UK. The democratic process was rolling along regardless of government. Instead, it seems that government is being dragged along reluctantly by the actions of those determined to work for positive change. They are to be applauded for their efforts.


Firstly, on Tuesday 22nd May, a Bill [1] was put before parliament to amend the law, relating to the strengthening of the Social Mobility Commission, by Robert Halfon on behalf of the House of Commons Education Committee. It was not a bill arising from government itself; they have kept away from doing or encouraging very much. Instead, it was a bill brought to the house by a member under the ‘ten minute rule’. That he has resorted to taking this route on such an important issue is in itself indicative of government inaction.


The video clip of the presentation of the motion shown below is well worth viewing. The written record is also available in Hansard [2]. It was, however, put before a very small audience and easily passed the hurdle of its first reading. The second reading is scheduled for Friday 15th July, by which time its implications and seriousness may have sunk into other members and indeed the governments across the UK.


Whilst writing this in my study in Edinburgh, I am looking out to a row of mighty oaks that shield the house from the main road. From little acorns they grew ……. It seems the old proverb is apt. The Bill seems a small and insignificant change at first glance. But it will be momentous in time if nurtured and allowed to grow.


Robert Halfon and his colleagues on the Education Select Committee (listed below) considered the situation in some detail before proposing the Bill. They published a detailed report on 22nd March 2018 that severely criticised the government and its attitude toward the commission up to the time of the resignation of its Chair Alan Milburn last year [3]. Essentially the government had failed to back it and made a mess by failing to appoint more commissioners in 2016 that left it “powerless”. That the remaining commissioners had to resign to force the government to reach this point is both tragic and "farcical". Their experience is now lost.


To his great credit, Robert Halfon did not pull many punches:

“By the time the commissioners walked out in December, there were only four of them left. The commission had started with 20, but there had been no renewals since March 2015. An appointment process at the beginning of 2016 was described as “farcical”. The commission was left to dwindle, which seems totally at odds with the Prime Minister’s commitment to social justice”.


A draft of the bill was published in March alongside the  report  the demanded much greater powers and resources for the commission. Also, that it retains at least seven members and be called the ‘Social Justice Commission’. The name change is intended to convey better its mission with regard to equal opportunities. Seven members is however fewer than the ten originally intended and this might be considered a big step backwards by some.


The proposed remit of such a commission is to overarch the many functions of government and the proposals acknowledge this. Changes envisaged include the power to carry out “social justice impact assessments on both policy and legislative proposals”. This would take significantly more resources than the earlier Commission was afforded. Also it would be given powers to proactively advise government ministers and not wait for requests. An interesting idea probably born out of frustration.


It is especially notable that the Bill proposed that the Act “extends to the whole of the United Kingdom and be cited as the Social Justice Commission Act 2018”.

The TEFS blog of 3rd December 2017: Social Mobility – The New Lie: ‘Dulce et decorum est pro patria pauperibus’ [5] was critical and called for more emphasis on equality and a remit that extended across the whole of the UK. It seems that the call was heeded. Or perhaps it was simply too obvious to all concerned apart from the government.

The published response of the government was brief ,and lukewarm at best, as it dismissed most of the recommendations [4].


A new chair of the Social Mobility Commission – Who is Martina Milburn?


The second thing to happen this week was on Wednesday when the education secretary, Damian Hinds, nominated Martina Milburn (no relation to Alan Milburn) to chair the Social Mobility Commission [6]. She had been chief executive of The Prince’s Trust for 14 years. She is also a non-executive director of the National Citizen Service and the Capital City College group. Prior to that, she held other very high profile positions as chief executive of BBC Children in Need and the Association of Spinal Injury Research, Rehabilitation and Reintegration. Her experience in managing and leading complex charities is beyond any doubt. However, apart from declaring her previous career positions, she seems somewhat enigmatic. She started her career in journalism in 1976 when, at the age of 19, she was the first woman to be offered journalism training by the Press Association [7]. This in itself was a major achievement and perhaps should be celebrated more.


But what is Martina Milburn inheriting?


Before she can take the reins of the Social Mobility Commission, Martina Milburn will need to attend a hearing of the Education Committee to get their blessing. Only then can the other commissioners be recruited. The immediate problem might be that she is being appointed to a Social Mobility Commission that is in the mind of Damian Hinds and the government. The Education Committee appear to have a very different and wider vision of the job leading to a stronger Social Justice Commission with much more to do. Notably, it could involve a wider remit across the UK and various departments. They may see her as not meeting the criteria for their remit.

That said, it is apparent that she has the experience to match the challenge. This is because the Social Mobility Commission itself goes back some years and has its roots in the Child Poverty Act 2010, and latterly the Welfare Reform Act 2012 ‘Life Chances’ and Welfare Reform and Work Act 2016. These origins will be very familiar to Martina Milburn. Originally called the ‘Social Mobility and Child Poverty Commission, it changed emphasis later to become ‘The Social Mobility Commission’. Its current remit is very constrained in being expected to: Promote social mobility in England: On request, provide advice to Ministers about how to improve social mobility in England: Report on the progress being made towards improving social mobility in the United Kingdom. The commission could evolve to be  something very different.


The proposed amendments would generate the Social Justice Act 2018 and change the remit to one that is very much proactive. This move is designed to make it capable of getting change to happen by directly influencing legislation as it emerges.


The gauntlet has been thrown down. Will government pick it up?


[4] Department for Education. Government response to the Education Select Committee report into the future of the Social Mobility Commission. May 2018.


Appendix.
Composition of the Education Committee.