Students working in term-time: Can we see the full picture please? 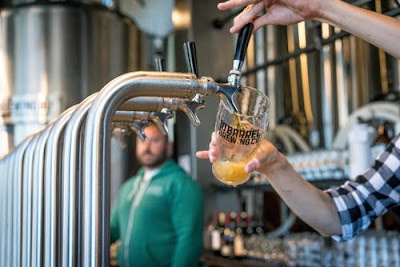 It is high time that all universities and colleges got to grips with this issue. There is little understanding of what the lack of time is having on progress and attainment within courses.


If you are currently a student, please complete the TEFS 'TERM-TIME WORKING SURVEY FOR ALL STUDENTS 2018/19' at this LINK


The guardian recently reported (The Guardian 24th November 2018) that a physiotherapy student, Michael Olorode at Robert Gordon University in Aberdeen, was working 38 hours per week during term whilst attending classes. This is a staggering challenge for anyone. The student achieved this feat by taking on night shifts at weekends. His herculean task involves working some days from 10pm to 8am and then attending lectures at 9am. Being ineligible for a student loan, he set out to carry on regardless.

“I don’t have much time to socialise because of my job. Ideally, I would also like to have more time to study so I can excel at my course. But complaining is pointless.”

By last week donations were coming in to assist him and at the last count today they were at an impressive £16,624. The GoFundMe page can be found at gofundme.com/help-michael-olorode-with-university.

Most students cannot expect charitable donations to support them in their studies and they carry on as best they can. The case of Michael Olorode may seem to be an isolated case to many. However, this is far more commonplace than many people, including the universities and colleges themselves, might care to admit. Whilst many can get some help from a student loan, it often barely covers rent and they must resort to taking on jobs to fill a financial gap that their parents cannot fill. Whilst working for 38 hours per week is definitely excessive, the most I encountered as a lecturer was 34 hours per week by a student that was in real trouble. Many students presenting with problems with their studies declared in confidence that they were exceeding the maximum 16 hours per week set by the university. Somewhere between 20 and 25 hours was commonplace and this was impacting adversely on their time for studies. Availability of time was the crucial factor.

What is the full picture?

It seems that despite the issue of excessive hours of students in part-time employment being an obvious one, there is relatively little data to reveal the full situation. However there have been some surveys. They tend to play down the effect on student attainment and often divide the population three ways. Those not in employment, those in employment for up to ten hours per week and those in employment for over eleven hours per week. This is discussed in TEFS Friday 2nd June 2018 ‘The student experience in 2018: Higher Education Policy Institute Conference: From Funding to Fining’ in relation to the ‘2018 Student Academic Experience Survey’ from Advance HE that was released at that time. The decision to make a cut-off at ten hours per week in part-time employment in the report is arbitrary and based upon the idea that working for fewer hours has little impact. This may well be the case but the logic behind this move is weak. Instead, it hides the extent of the problem for students working many more hours. It would be more scientific and indeed essential to provide the true distribution of hours worked across the students surveyed

By coincidence, Advance HE released their ‘National survey of student engagement’ 2018 survey report at around the same time as the reports about Michael Olorode hit the press. The report paints over the cracks of what is probably a deeper problem. The survey reports on the answers from 34,538 students across 38 universities. This is down from 35,927 students across 42 universities last year. Unfortunately, none of the universities taking part are from the Russell group and it is not explained why they declined to get involved. However despite this the survey does give some valuable insight into students and their interactions with the institutions. Overall the engagement levels seem to be high across the board. However, the reasoning behind looking at students form the different areas of low participation by consolidating POLAR (Participation of Local Areas) into POLAR 1 and 2 (the lowest participation areas) and POLAR 3-5 ( the higher participation areas) is not explained. It raises the question about the likelihood of hiding the results of students from POLAR 1  areas, that are most likely to have term-time jobs, and, conversely, those from the most advantaged POLAR 5 areas. This means a direct comparison cannot be made by keen observers.
More serious is the inclusion of questions relating to ‘extra-curricular activity’ as optional. This led to a lower number of 25,337 students answering questions relating to part-time working hours. The survey is based upon that of the ‘National survey of student engagement’ devised by Indiana University and widely used in the USA since 2010. That survey includes details about the number of hours worked ranging from zero to over 30 hours per week (Figure 1).

However, this is reported as either working or not working and a distribution of hours is not reported. Thus, the true picture remains hidden.  Interestingly, 45% report that they work in term time and they also spend less time in their studies (Figure 2 taken from the Student Engagement Survey 2018).

The  conclusion is that:
“Undergraduates who spend time working for pay, volunteering or caring tend to spend less time studying. We can therefore point towards the increase in extra-curricular responsibilities and declining study time potentially being linked, which has implications for how students can be supported to handle competing demands on their time.”


It is high time that all universities and colleges got to grips with this issue. There is little understanding of what the lack of time is having on progress and attainment within courses. It is likely to be a range of effects depending upon the extent of hours worked. We can only wish Michael Olorode the best of luck in his endeavours and hope that he attains the degree level his ability and effort deserves.


If you are currently a student, please complete the TEFS 'TERM-TIME WORKING SURVEY FOR ALL STUDENTS 2018/19' at this LINK to help get a fuller picture.