The student experience in 2018: Higher Education Policy Institute Conference: From Funding to Fining. 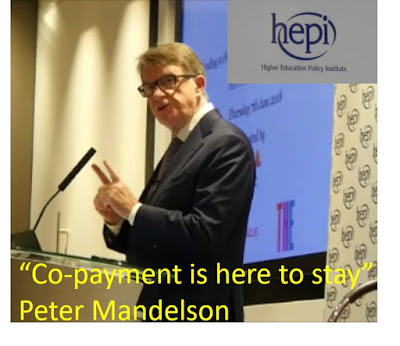 Three events this week reinforced further the idea that terrible inequalities persist in our Higher Education provision. On Wednesday, Times Higher Education reported the release of the Teaching Excellence Framework (TEF) results for universities across Great Britain (The Northern Ireland Universities declined to take part) [1]. The crude and facile designation of universities into the gold, silver and bronze categories hides more significant differences between institutions. Would be students will look at these scores very carefully when making the choices that often define their lives.  If the aim was to deflate the idea of going to a university because of its “reputational premium”, instead of its sound teaching, then TEF has had some partial success.  But the lure of the elite institutions will probably prevail for those that can afford it.  This idea was reinforced a day later by the second event; release of a report from the Institute of Fiscal Studies (IfS) [2] that detailed the earnings of students five years after graduating.  Comparing tax records with the institution revealed that those from the elite Russell group universities end up earning substantially more.  The divide between the different universities seems stark in these terms but paints over a more complex reality that was reported in the ‘Student Experience Survey 2018’; the third event launched by the Higher Education Policy Institute (HEPI) yesterday in London [3].
What do students think…

The Student Academic Experience Survey provides the most informative insight into how students interact with the Higher Education system in the UK. The small team at HEPI with Advance HE are to be congratulated again in compiling responses from 14,046 students in February and March of this year.  Unlike the TEF scores and IfS report, the survey does not rank institutions.  This would equate to about 100 to 200 or so students per institution and a higher response rate would be needed to make robust comparisons. The National Student Survey (NSS) [4] of final year students each year involves more students but provides much less insight.
Two remarkable things emerge from the Academic Experience Survey data. Comparative data go back to 2007 and reveal some worrying trends. Perceptions of value for money have steadily declined since then but seem to have recovered slightly in 2018 across the UK; apart from Northern Ireland.  This is perhaps not so remarkable when students are expected to contribute so much financially.  What is more remarkable is that answers to questions about experience, expectation, satisfaction and workload have remained generally steady from  2012.   For example, around a third of students are not satisfied with their timetabled contact hours and this persists stubbornly over time.  Either nothing is changing (the most likely explanation) or things are changing but student expectations are increasing pro rata.  A comparison with the actual changes in contact hours increasing or declining would be interesting.

The second remarkable thing is the persistence of students doing jobs during the term alongside their studies.  On average about one third of students work. The survey groups these into students working up to 10 hours per week and others over 10 hours per week. This is an arbitrary cut off but the responses show that those working up to 10 hours per week indicate similar value for money and learning gain as the students not working.  However, those working over 10 hours per week report less learning gain and less value for money. These students are a worrying outlier that is symptomatic of a different group subjected to unequal status.  Comments from some delegates about students “choosing” to work to pay for mobile phones and other items betrayed a ‘middle class’ perception of a difficult challenge for some students.  The reality is that students work out of necessity to top up living expenses.  Employers organising shifts expect to be able to contact their student employees easily by mobile phone.  Other similar outlier groups are those that commute and Asian students. Both groups report less learning gain and less value for money. Students based at home probably have fewer resources and tend to commute more often. It would be interesting to investigate how many also work during the term.  The question about student working hours and attainment in courses is not possible to answer with the data collected by universities. Yet it would be a relatively simple thing to remedy.  A comment from a very experienced academic delegate that questioned why universities should “bother with this” sums up the situation.  The attitude that universities are only concerned with their income, and not how it is generated from students and their families, is a false one.  Anything that affects attainment by its students is at the core of a university mission. A tutor working closely with students will see this.  More must be done to regulate working hours and help students finance themselves during their time at university.  Less time available to study is magnified greatly by a degraded experience and lower degree outcomes.
The launch and HEPI annual Conference.

The annual conference of HEPI was used to launch the Student Academic Experience Survey 2018 and attracted several high profile keynote speakers.  Colleagues from the media concentrated on reporting mostly what Sam Gyimah, Minister for Higher Education and Peter Mandelson, erstwhile Labour Government minister and Chancellor for Manchester Metropolitan University, had to offer.  In doing so, they missed the more interesting discussions.   Sam Gyimah, perhaps protested too much.  He stressed from the outset that the value of universities was more than the financial gain for individual students. Then he effectively ‘launched’ the IfS report and data on the pay of graduates five years after graduation.  This did little to convince us of his earlier sincerity; especially when he referred to a “clutch of underperforming degrees”.  Peter Mandelson declared that he was still “New Labour to my fingertips”.    He revealed that he was in favour of students paying fees and that “co-payment is here to stay”.  In answer to a question about fees reaching £9000 per annum, he conceded that this was going too far.  Indeed, he noted that: “fees will make others think twice about whether it was worth it”.
More informative and interesting were the panel discussions around the ‘Student Academic Experience in a new age of regulation' in the morning and the ‘Long view’ of Higher Education in the afternoon.  The distillation of student experiences down to individuals by some panellists provided the greatest insight and reinforced the idea that we should always think of the individual. David Green of Worcester University hit the ‘nail on the head’ about putting a price on a university education. For one student it was “priceless”.

The quote of the day was from Shân Wareing of London South Bank University who observed that: “Discussion of individual stories disrupts perceptions” and that we should always “Test policy against individual examples”.  The case for the individual was well made

The discussion on the ‘Long View’ revolved around the spread of Artificial Intelligence (AI) across our society.  Rob McCargow of Price Waterhouse Cooper’s illustrated AI limitations as: “Spectacularly bad at spotting British sarcasm”. Anthony Seldon from Buckingham University regaled us with his analysis of AI and its potential.  In contrast, Paul Feldman of JISC provided a grounded expert definition of it as existing technology that has developed over the last 20 years into self-learning code that is a long way from being 'intelligent'.   Either way, the impact of the technology will continue to challenge everyone. The question of its use and the crucial role of student trust in how the data is gathered and used remains to be answered.
Was something missing?

The discussion was fascinating, but it seemed that two important groups were missing. Firstly, it would have been interesting to have the views of academics from the elite universities challenged. They probably need to be challenged more. The panellists were confined to representatives from post 92 institutions.  Secondly, where were the students?  Exploring the views of some students  on the panels  in real time would have added another dimension to the ideas presented.