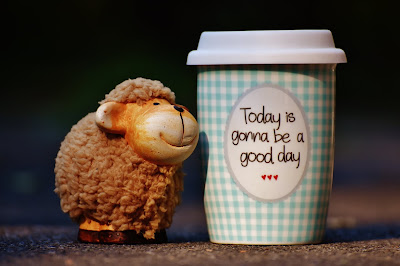 The announcement in June by Sam Gyimah, the Higher Education Minister, of a “new package of measures” on student mental health offers some hope and acknowledgement from government that there is indeed an increasing problem of poor mental health amongst our students. The proposed ‘University Mental Health Charter’ is a good idea but there is scant attention paid the plight of students that find themselves under crushing financial pressure. Recent observations in the Netherlands emphasise the need to accelerate our efforts in the UK. With so many young people about to embark upon their education after school in the next few weeks, it would be good if they could get better access to financial help as well as ‘mental wellbeing’ help in the coming months and years.

Hiding in the press in the last week was a report of increasing mental health problems amongst students in the Netherlands. Times Higher Education reported: ‘Dutch doctors warn student mental health problems are rising’ [1]. This arose from a short report in the Netherlands press: ‘More Dutch students struggle with psychological problems, university doctors say’ [2]. That report is one of the few that cites financial pressures and part-time jobs as a critical factor.

“The doctors attribute the increase to more pressure to perform - both in their studies and on their social media accounts - and the fear of debt. The abolishment of the basic study grant means that students have to take out loans to study. To avoid falling into debt problems after their studies, many students take on extra jobs, which put extra pressure on them, the doctors said to the newspaper.” [2]

The increase in mental health problems amongst UK students has also been rising for many years. It is perhaps unsurprising given the financial pressures that students can find themselves under. However, the situation in the Netherlands appears to be a more recent change for them. A comparison of the factors involved in the UK and the Netherlands is therefore worth considering.

Most of the data noted here relates to England but the trends are generally similar across the UK. Mental health problems and widespread in the whole population across England [3]. At any one time, a sixth of the population in England aged 16 to 64 have a mental health problem [4]
The general mental health in the UK appears to be affected by socioeconomic status. This is to be expected with those under financial constraints likely to be the most vulnerable. If things go wrong there is no safety net and considerable fear anxiety can be associated with that. A recent briefing paper in April for the House of Commons gives an excellent overview of the situation in England [5]. It is established that common disorders such as depression and anxiety are widespread. Those in work are less likely to suffer from such problems than those out of work or working part-time. Under ‘Common mental disorders (CMD) by employment status’ it is noted that:

This is reinforced in reports from the Mental Health Foundation that also show the serious effects of poverty on mental health [6]. The reports are based upon data from 2014 [7]. It most be noted that the situation in Northern Ireland stands out and is considerably worse due to the fall-out from conflicts of the past. The dramatic rise in suicides amongst young men since 2005 is particularly harrowing. However, it is acknowledged that the economic prospects for people in Northern Ireland are also a factor. It is noted that: “According to figures for 2014, more suicides occurred in areas of higher deprivation, with 46 suicides in 2014 occurring in the most deprived areas of Northern Ireland, compared to 13 in the least deprived areas". [8].

Mental health problems in the Netherlands are broadly similar to the UK; as indeed they are generally across most developed countries [9]. The rise in problems for students in the Netherlands is, however,  attributed to the abolition of study grants and introduction of loans [2]. This was not considered a problem until very recently. There have been major changes in the funding available to most students from January 2015 when grants were abolished[10]. Up to then, students could readily apply for grants that amounted to €279 per month if they did not live at home and €100 if they lived with their parents. Nevertheless, there was a strong ethos of students taking part-time jobs and many worked an average of 11 hours a week. Even then, degrees could take 4 to 5 years to complete. Under the new fees and loans system it was accepted that students would “accumulate greater debts or have to work more during their studies and risk prolonging the time-to-degree”. The rapid rise in cases of stress, depression and anxiety was surely inevitable.

In contrast, the situation in the UK seems to reflect a ‘heads in the sand’ approach on the issue of financial problems leading to stress and  mental health issues for students. Mental health problems amongst students across the UK has been documented and the fact that many come from well-off backgrounds makes this a puzzling paradox. The pressure to succeed seems to overwhelm some students who otherwise have a lot to look forward to.

In this respect, a report from Universities UK earlier in 2018 [11] made some sensible observations but did observe that:

“Being the first in a family to attend university, and having to take up paid work while studying due to financial pressures have both been identified as risk factors for poor mental health among students”

However, many other reports to date rely heavily on evidence from a YouGov survey carried out in 2016 [13]. This questioned 1061 students and attempted to determine the extent of mental health problems in university students of all ages. Almost a quarter (24%) reported that they had a mental health problem and, of those that reported such, the main culprit was anxiety and depression. A clear majority (77%) indicated that they had a fear of failure. Socioeconomic (SEC) groups were reported only as grouped into two halves and there was no clear difference in results between groups A,B and C1 combined and C2, D and E groups combined. However, it is notable that for the better off A, B and C1 groups, 72% of those declaring a mental illness noted depression related problems. This rose to 80% for the less well-off C2, D and E groups. It would be perhaps more informative if the data for each SEC grouping were provided separately to see the real picture across the SEC groupings.

The survey is also notable in that it failed to ask a key question. In answer to questions about ‘What are your main sources of stress?’ the majority (71 %) cited work from university (67% SEC A,B,C1) and (74% SEC C2,D,E). Other questions related to: Family; Friends; Romantic relationship; A job or internship; Don't get stressed; Employment prospects after university; Other; I don’t get stressed and Don’t know. But a question or questions about financial problems were not asked. This failure to pose such pertinent questions, and the possible motivation behind not doing so, tends to invalidate the whole study. It is precisely these questions that need to be addressed.

Is there hope on the horizon?

The recent announcement in June, by Sam Gyimah the Higher Education Minister, of a new package of measures on student mental health offers some hope and acknowledgement from government that there is indeed an increasing problem of poor mental health amongst our students [14]. That he chose to make the announcement at Bristol University probably reflects the recent adverse publicity about student suicides there: see TEFS Blog Tragedy on Campus – now is the time to act to prevent suicides and mental distress [15]. The minister calls for the establishment of a “University Mental Health Charter” that will see the development of new standards to promote student and staff mental health and wellbeing. A good idea but there is scant attention paid the plight of students under crushing financial pressure.


With so many young people about to embark upon their education after school in the next few weeks, it would be good if they could get better access to financial help as well as ‘mental wellbeing’ help in the coming months and years.

If you are distressed then the BBC support site offers a comprehensive series of contact details for organisations such the Samaritans (Phone: 116 123 24 hours) and HOPELineUK that offer support, practical advice and information to young people considering suicide and can also offer help and advice if you’re concerned about someone you know. Phone: 0800 068 41 41. In Northern Ireland there is Lifeline that provides support to people suffering distress or despair in Northern Ireland, regardless of age or district( Phone: 0808 808 8000 (24 hours a day). See: http://www.bbc.co.uk/programmes/articles/4WLs5NlwrySXJR2n8Snszdg/emotional-distress-information-and-support
Nightline has a searchable site that gives links to volunteers in your local area. See: https://www.nightline.ac.uk/want-to-talk/

[12] Universities UK 25 September 2017. Are there ‘huge dropout rates’ at the UK’s universities? https://www.universitiesuk.ac.uk/blog/Pages/Are-there-huge-dropout-rates-at-the-UK’s-universities.aspx

[15] TEFS Blog June 15, 2018. Tragedy on Campus – now is the time to act to prevent suicides and mental distress. https://studentequality.tefs.info/2018/06/tragedy-on-campus-now-is-time-to-act.html