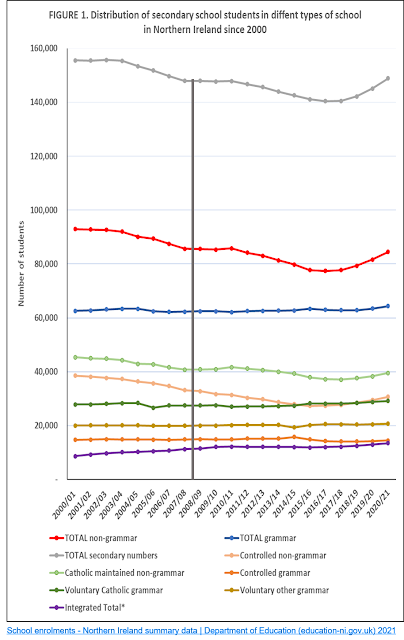 (amber lines).
Integrated schools have been gradually exerting their influence. These are divided into those controlled by the state and voluntary schools. The totals for both are shown here (purple). It seems that their student numbers are rising slowly at the expense of the controlled non-grammar schools. An integrated school is expected to enrol at least 30% Catholic of Protestant students; however this rule is not applied strictly. It may be that some parents are not so wedded to integration but think their children have a better chance in such a school compared with state controlled non-grammar schools.
'Newcomers' fall between the cracks.
‘Newcomers’ is the term used to describe children of migrants coming into Northern Ireland. Largely this means they arrive with English as a second language or no English. They seem to have become a blind spot in the vision of the government and the they are being excluded as a result. Their experiences are often challenging (Feels like Home - Experiences of newcomer pupils in primary schools in Northern Ireland 2015.pdf (barnardos.org.uk)) and the increasing numbers presented in Figure 2b show how the challenge is growing. 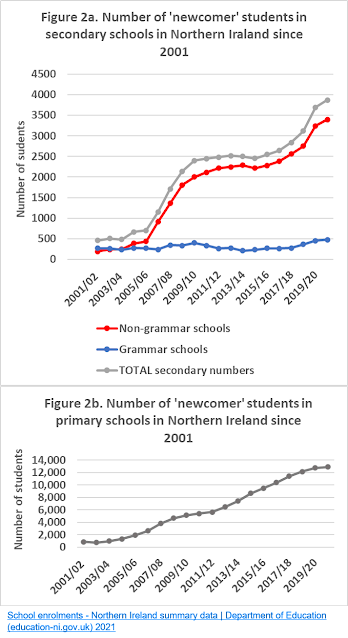