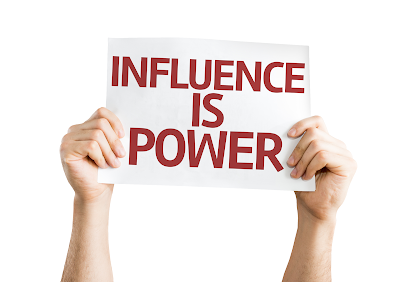 Yesterday the Universities Minster, Michelle Donelan, was questioned by the Education Select Committee about the impact of COVID-19 on universities (see TEFS 15th July 2020 ‘It doesn't matter about looking at which groups don't get to university’. In addition to dismissing universities as a driver of social mobility, she sidestepped questions about what the government would do if any university was in financial difficulty and at risk of insolvency. It turns out that she had simply waited to release the planned ‘regime’ today to avoid awkward questions yesterday. One only has to read a short way into ‘Establishment of a Higher Education Restructuring Regime in Response to COVID-19’ to see why she avoided the hard questions on this topic. Those who can influence the new controlling regime will hold most of the power as all universities bend to the pressure to conform. This is a very dangerous development.

The Ministerial Forward starts with the exaltation “Providers need to look not just to weather the financial storm, but also to emerge in a stronger position to contribute to our economy and society, as the nation recovers from the pandemic”


Then dark clouds gather with the proviso that there should be “provision of high quality courses aligned with economic and societal needs”. How these are judged is glossed over and that should worry everyone involved. The report is short and very light on details. But it represents a worrying change of direction.

It seems that the support will simply be “with loans to support restructuring coming from public funds as a last resort”. The new ‘Regime’ “does not represent a taxpayer-funded bail-out of the individual organisations which make up the higher education sector” and, importantly, “Public funding for courses that do not deliver for students will be reassessed”. Then again, who decides this?

Support for disadvantaged students is mentioned, but the government has absolved itself of any responsibility. This is a major mistake that will backfire as unemployment rises and no support is offered by the government. It reinforces the conclusion from yesterday that only those that make it to university matter and the disadvantaged will have to make do elsewhere. On support, they simply put the burden of responsibility onto the universities. This could be too much for some without a reassessment of what is needed. In this respect, it displays an irresponsible government more interested in controlling than supporting.

The so-called ‘Restructuring Regime' is more about control by a regime that might not offer support on a ‘we don’t like what you do’ basis. There are so many strings attached that most universities will not wish to stray anywhere near the restrictions likely to be imposed.

The ideas that “all universities must, of course, demonstrate their commitment to academic freedom and free speech, as cornerstones of our liberal democracy” are stressed. But this seems somewhat hollow alongside,

“The funding of student unions should be proportionate and focused on serving the needs of the wider student population rather than subsidising niche activism and campaigns”.

It seems that ‘freedom of speech’ is also to be restricted and qualified in some way. No doubt that will also backfire.

The removal of layers of bureaucracy might be welcomed by many if they were defined in some way. But there must be many suspicions. The report states that “Government is also actively considering how to reduce the burden of bureaucracy imposed by Government and regulators”

Getting rid of REF and TEF would be a start. But it may still be a convenient stick to keep universities in line. Then again, replacing it with the government deciding what research or teaching is to be supported might seem attractive to some but would be a disaster. Instead, ‘tedious’ student surveys that do not give the right results, negotiating terms and conditions with the unions and following employment rules might turn out to be the real targets here. Gathering data on staff and students, such as how many disadvantaged students are in our universities, might become casualties of what Donelan meant by "we need to move away from targets”. A ‘hire and fire’ mentality might emerge with dissent and student concerns suppressed as the compounding impact of Brexit on employment rights takes hold. We could all come to regret such moves and the inevitable results.


A warning from history.

To decide where to offer its support, the government intends to “establish an independently chaired Higher Education Restructuring Regime Board composed of external experts”. This will “make recommendations to the Secretary of State for Education on whether to intervene in the case of a particular provider”. Of course, the government, and especially their advisors, will look to those they can rely upon to deliver their expectations. In essence, it opens the door to direct political direction inside a university if it is to survive.

Thus, any university heading for trouble will rapidly shed activities and staff that are unlikely to fit the aspirations of the government. Indeed, even those still solvent but wary of government will react similarly. This could end up being chaotic with internal panels inside universities deciding who to sack and what to cut on that basis. This is not a fanciful idea; it comes from my experience over many years being involved in how management reacts to pressures from the government that is pressing for new directions. It will generate fear and mistrust that stifles academic freedom.

There are clear warnings from the 20th century where a ‘regime’ actively controls universities. The direction of research by government advisors near the top can be particularly damaging to the economy of a country as it filters down.

The American Academy for the Advancement of Science Journal ‘Science' has a clear description of ‘How the Franco dictatorship destroyed Spanish science’ that must serve as a clear warning to those stifling and purging academic activity they don’t like or don’t understand (see also ‘Education in Spain: Close-up of Its History in the 20th Century’ for a wider overview that was not aired until 2011). Under Franco's ‘regime’, “purging committees” were created in each Spanish university to identify academics that the government wanted to remove based on their political or religious ideas. For today insert "niche activism and campaigns” that might include inconvenient or uncomfortable facts about disadvantaged students amongst others.

This scenario might seem like an extreme outcome, but a small ruling elite with a fixed doctrine and a skewed ill-informed view of the world, whatever that is, can do enormous damage if allowed to spread its influence. Nothing new evolves and new ideas are a threat while madcap schemes are followed with little oversight. This could all too easily happen over the short period of very few years.

Talking to the authors of ‘Education, science and ideology in Spain (1890–1950)’ Science describes a situation that persisted till Franco’s death in 1975, and even for some time beyond due to a “latent neo-Francoism“. Scientists I know from that time still had to work hard to displace the old guard before Spain could move forward and fully join the rest of the world's science community. It took another generation of determined scientists to shake off the vestiges of Franco.

The battle lines are being drawn now and the hope is the voices of those from disadvantaged backgrounds are not drowned out or silenced in the ‘smoke and noise’. Also, those with the greatest potential must be supported and allowed the freedom to develop new ideas, however inconvenient or 'niche' they might seem. This must be in opposition to restricting university advantages to those students that can pay and who follow the doctrine as laid out the government. That is 'true social mobility'.