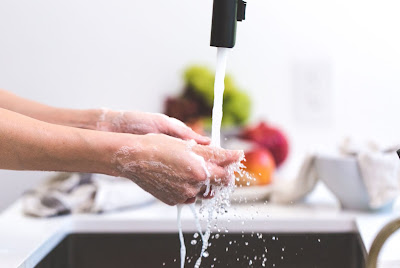 There has been considerable activity across various media outlets in predicting the budget and advising the new Chancellor. This is finally out tomorrow and any advice at this stage is obviously too late. It is possible that some indication about how universities are to be funded, and possibly the level of student fees, will be announced. But this is also likely to be deferred further until a detailed spending review later this year while we continue to wash our hands. The type of Brexit deal or ‘no deal’ is unknown and the high cost of tackling the Coronavirus outbreak alongside lower tax income will have to be included as a priority now. Meanwhile, the universities are in an unholy mess as they plan a retreat. Some will conclude that research is not sustainable under the present funding arrangements. TEFS has called for a complete overhaul of university funding that reflects the reality of the situation. This may be a bitter pill for everyone to swallow but the medicine has to be taken.

The predicament of universities could not be starker. The ongoing loss of many days because of industrial action by University and College Union (UCU) members is about to be amplified by enforced closures due to the spread of a novel Coronavirus (SARS-CoV-2) and the potentially fatal respiratory disease it causes (COVID-19). If that is not enough, the Office for Students (OfS) is currently reviewing the university admissions procedure with radical changes on the cards. But even that will not suffice. The government is looking at changes to funding and many fear that further cuts, on top of planned teaching grant cuts, would cause institutions and research activities to collapse in too many areas. Those producing the budget may simply be reacting to circumstances and cannot offer genuine leadership.

Warnings to the government about university funding.

These abound with two key influencers, WONKHE and the Higher Education Policy Institute (HEPI), leading the way this week. The Russell Group of Universities has already made a stern response in February to the review of cuts in the Teaching Grants that are in the pipeline with ‘Response to OfS T-grant savings consultation’. These universities run research intense operations and meeting the costs is a major juggling act (I was on the Planning and Finance Committee of one for several years and was part of the act). The main message is correct in that science, technology and engineering teaching are “running those courses at a loss” and the “shortfall is already over £1500 per student per year”. This cannot continue as the only way to survive is to cross-subsidise the efforts from other activities and international student fees.

This week WONKHE pitched in with ‘The government has massive choices to make on Budget day’. Former Treasury civil servant, Andy Westwood summarises well the choices the government must face. One way to increase spending is to simply change the rules and it seems the Chancellor has “already promised to review the Treasury Green Book which sets the formulae for government investment”. The ‘Green Book: Central Government Guidance on Appraisal and Evaluation’ is over 40 years old and is currently up to the 2018 version. It is a 132-page overview of criteria to be considered when investing tax-payers money. It seems some plans for higher spending will require changing the guidelines and rules to squeeze them in. The universities that deliver much of the UK research will be looking to see how the government moves to increased research funding post Brexit to compensate for a loss of EU income.

HEPI looked again this week at this aspect with ‘From T to R revisited: Cross-subsidies from teaching to research after Augar and the 2.4% R&D target’. The basic message is that a considerable increase in research funding to universities is needed to have any chance of reaching the target of 2.4% of GDP to be spent on research. Instead, the estimate is that underfunding of research is as high as £4.3 billion across the UK. This might be taken up by industry, but the restrictions on tax relief are stringent (see ‘Claiming Research and Development tax reliefs’). Again, this would need to be considered in any future budget or review. But it might create an illusion as hitherto 'non-research' activities are gathered up in the larger net. It was always an issue when I was coordinating many projects between industry and university partners of the years.

The issue of cross-funding of research is highlighted using the Transparent Approach to Costing (TRAC) data used by the Office for Students (OfS). However, this is dubious data in many activities; particularly because of self-reporting of time by staff. It has come in for considerable criticism. The TRAC system includes how much staff time is spent on research and teaching as a self-reporting exercise. It too is an illusion as it is likely to be highly inaccurate and anything but ‘transparent’. Instead, it obscures the high number of hours staff spend working by asking then to only report a percentage of their total time, not the number of hours. I filled in these surveys for many years under the instruction to fill in a percentage of my “entire time spent on university duties, not just your standard working hours”. This couldn’t be further from the reality I had of working at a university in Science.

TEFS looked at some of these issues and the consequences for STEM research as far back as June of 2019 with ‘Augar Under the Microscope: STEMing the Tide’. The effect of cutting fees to £7,500 per year, as recommended by the Augar Post-18 Education review, on the existing cross-subsidy was laid out. Basically, the HEPI conclusions this week add further to the alarm and warnings. It is right to warn about the consequences of cutting fees. Indeed, TEFS concluded that a considerable teaching subsidy would be needed to maintain STEM teaching. Only universities with substantial research income could ride the storm if this was not forthcoming or not enough. They may be able to sustain a critical mass of staff in the key science areas. However, much research funding does not cover all costs and is inherently unsustainable. With the loss of EU funding and the Full Economic Costing (FEC) model used by the Research Councils, that asks universities to absorb 20% of the full cost of projects, the pressure will mount on research capacity. The likelihood of a cap on numbers of STEM students comes much closer in this scenario.

One can only conclude that the government is looking at an unholy mess. But it is one of their own making since fees were increased back in 2012 and the cap on numbers was lifted. The lack of coherent planning, particularly in science,  is coming home to roost. If courses are to fold and numbers are to be capped, then TEFS calls again upon the government to ensure that there is fair and equal access. Any reform of the admissions system would need to ensure this. Furthermore, students should be able to have equal time for study and equal opportunity to succeed in their subjects. There would need to be lower accommodation costs, lower living costs and good maintenance grants where needed. It is unlikely that this will be delivered tomorrow in any detail. So yet again we wait for the elusive spending review.