Social mobility...... Is the microphone on? 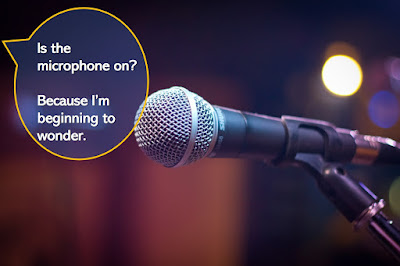 A lot of attention has focused on the World Economic Forum in Davos this week. Much of it on the child-like speech by Donald Trump and his comments on the environment. This was effectively neutralised by the formidably eloquent seventeen-year-old Greta Thunberg in a mature speech that sought action not empty rhetoric. However, the WEF meeting addresses many other important issues behind the media stage. One of these is the deficit in ‘social mobility’ around the world. To inform those concerned, the World Economic Forum produced this week a report ‘Global Social Mobility Index 2020: why economies benefit from fixing inequality’. Meanwhile, the Social Mobility Commission (SMC) also released its annual ‘Social mobility barometer poll results for 2019’. It seems that the UK is far from leading in the world and is fast slipping back. There is much to do that will require greater and genuine resolve from the Government if they are listening.

The World Economic Forum (WEF) report ‘Global Social Mobility Index 2020: why economies benefit from fixing inequality’ (direct .pdf file) placed the UK in the context of other countries around the world. On a ranking system that takes account of multiple measures (health, education, technology access, work opportunities, working conditions, fair wages, social protection and inclusive institutions) the UK comes outside of the top 20. It is well down the list of developed economies at position 21. This is well behind most EU countries and its neighbour, Ireland at 18th position and Slovenia at 13th position. Ireland has a much higher GPD per capita than the UK with an economy that is growing faster. The lessons being learned in other countries must be applied to the UK if there is to be any chance of advancing social mobility.

"With a score of 74.4, the United Kingdom ranks 21st on the index. Despite a high score on the Education Access pillar (82.5), it lags behind its regional peers in overall Education Quality and Equity (69.1) because of high pupil-to-teacher ratios (especially in pre-primary education where the ratio is among the highest in the OECD). The United Kingdom has significant disparities in educational quality between schools, and limited social diversity within schools. Despite a high score on social protection access (79.4), one strategy for further improvement could be providing additional active labour market policies which could help the long-term unemployed population gain entry back into regular employment. Another area for improvement concerns the country’s score on the Fair Wages pillar (53.1), where it ranks relatively low in comparison with its European peers, with an incidence of low pay of 19.3%."

The low assessment of Education Quality and Equity, in particular, should set alarm bells ringing and TEFS would expect the SMC to make a response with recommendations.

The WEF report is, however, nothing new and it is yet another assessment of a situation that the UK must wake up to. The SMC report ‘State of the Nation 2018-19: Social Mobility in Great Britain’ was highly critical and highlighted government inaction (TEFS 30th April 2019 ‘The Social Mobility Commission gets out of first gear and gets mobile’). But unfortunately, the SMC fails to place the UK situation into a wider context by not considering other authoritative worldwide assessments from bodies such as the Organisation for Economic Co-operation and Development (OECD). The OECD report of 2018 ‘A Broken Social Elevator? How to Promote Social Mobility’ and more recently ‘Education at a Glance: OECD Indicators 2019’ must surely be considered formally. In a parliamentary hearing last year, the SMC admitted that it had not responded to the UN Rapporteur, Philip Alston’s assessment of poverty despite its damming observations on the UK (Visit to the United Kingdom of Great Britain and Northern Ireland -Report of the Special Rapporteur on extreme poverty and human rights – final report 29 April 2019). Furthermore, in their assessment of the Adults skills gap they omitted to cite a detailed study from last year sponsored by the OECD, ‘Improving productivity and job quality of low-skilled workers in the United Kingdom’ that reached similar conclusions. These omissions are serious ones when conclusions should be placed squarely in front of ministers not side-lined.

It is essential that the SMC places the UK in a wider context rather than looking inwards all of the time. We play on a world stage and sell tickets in the world market.

Levelling up or levelling down?

The SMC ‘Social mobility barometer poll results for 2019’ (pdf file) shows that the situation in the UK is deteriorating. It is an annual survey of around 5,000 people from across the UK. In this case, it was an online YouGov survey of 4,860 UK conducted between 11th and 18th of March 2019. The years of austerity that targeted the least well off were inevitably going to produce this negative effect and it will take more than one generation to cure. A substantial 44% of people say that where you end up in society is largely determined by your background. Fifty-two percent said that the government does not give enough support to those who are least well off and 65% did not say enough was being done for those who are just about managing. To add to this, a large majority of 77% say there’s a large gap between the social classes. A massive 86% of those that identify as ‘working class’ think there is a large gap between the social classes. But then again, a sizeable 73% of those that are ‘middle class’ say the same thing. That couldn’t be much starker. Similarly, a staggering 77% felt that those from poor backgrounds have less opportunity to go to a top university. So much for widening access.
The report uncovers widening social divisions across the UK that are getting worse in time and as one travels into regions further north. The chair of the SMC concludes that “This poll is a ‘call to action’ for this new Government to do more to help social mobility. Politicians must listen to it.” The idea of ‘levelling up’ pushed out by the government is surely just empty rhetoric. With only 37% thinking that they are better off than ten years ago, it seems that government policy in that time was intent on ‘levelling down’. As Greta Thunberg once said in a meeting with our MPs “Is my English OK? Is the microphone on? Because I’m beginning to wonder.”