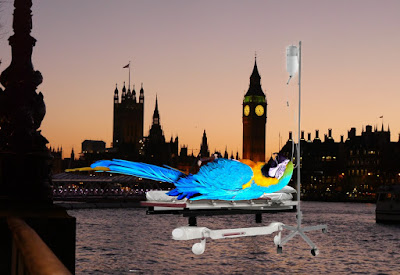 These were the words of the government’s attorney general who was tasked with relaying legal advice to the prime minister in advance of the recent and unprecedented proroguing of Parliament. That it turned out to be bad advice, and the action deemed illegal, came as little surprise. He resisted further paraphrasing the famous Monty Python sketch as he defended his position as the fall guy. But the humour was lost in the red mist as it descended. His words defined the week as our democracy descended into chaos. He might as well have said that this is a 'dead democracy'.

The Labour position is little better.

The Labour leadership’s take on democracy was no better than the proroguing of Parliament when it comes to Brexit. The unedifying scenes in the conference hall in Brighton will have a lasting and damaging effect. The divisions were stark when it came to a motion for Labour to back remain in any future referendum. The vote was carried out by a show of hands; a method that is fine when there is general agreement. The chair, Wendy Nichols, who is also chair of the party's national executive committee, scanned the hall and declared the motion carried. However, sitting next to her was the Labour general secretary who chipped in disagreeing.
Wendy Nichols then said: "Sorry I thought it was one way and Jennie said something else."
That one sentence crushed any hope for democracy as calls for an anonymous card vote were rejected. This was also a defining moment for our crumbling democratic system. There were many hands aloft for the remain motion but then a similar number against. A card vote was the only fair course of action and the chair was left confused. This was simply not good enough. You can see the video of the shameful episode here courtesy of the Guardian.

It all harked back to the days of intimidation during rallies in the 1970s when there were votes for or against union action. Those on the far left did not want anonymous voting so that they could see who was not voting with them. The prospect of intimidation was never far away in those circumstances. I have seen this first hand and didn’t like what I saw. This is no way to conduct business or try to convince people that it is a legitimate way to make policy or seek a mandate from the people. Keir Starmer added to the divisions with a simple message on Brexit, "A vote for Labour is a vote for Remain." This sends out a confusing message for voters who are looking for a leadership with a clear position.

What about education reforms under Labour?

The sad fact is that these were mostly drowned out in the noise of the ‘death rattles’ of our parliamentary democracy. But there is no doubt that the historical underlying principles of the Labour party are to ensure equality and fairness. Now is a crucial time ripe for educational reform that promotes social mobility and fairness. The Labour attack on a decent democratic process overshadowed their radical proposals on education. Yet some debate still rumbled in the background. The Higher Education Policy Institute hosted an invitation only meeting extolling the virtues of the ‘Boarding School Model' for higher education. This seemed strangely anachronistic in the circumstances. More open was an event hosted by the Education Policy Institute that asked the question, ‘Does school choice drive school improvement?’ The formidable shadow Education Secretary, Angel Rayner (State school with no university education) and former Minister of State for Schools in the coalition government, David Laws (Independent school and Cambridge University graduate) both addressed the same question; ‘Is school choice the right driver for change– and how can we remove perverse incentives from the system?’ There is a sense that their widely different life perspectives presents a challenge to be met and finding common ground is the key to defining our future.

But while Angela Rayner set out serious policies to the conference hall, that would see the end of academies and Ofsted, a motion calling for the abolition of independent private schools was passed under the @AbolishEton banner. The motion, introduced by the Labour Against Private Schools campaign and backed by Momentum, commits Labour to integrating private schools into the state sector. This would involve removing their charitable status and increasing their tax. To speed the demise, the government would make sure that universities admit only 7% of private school students in proportion to the number in the population as a whole. No doubt this would be planned to decline to zero in time.

There is no doubt that this will meet with fierce resistance that may well make it unworkable. It could also have unintended consequences as it further widens the divide between the rich and the rest. The wellbeing of children caught up in this mayhem is likely to be overlooked. The elite schools might well survive a loss of charitable status and absorb the tax hit with increased fees. But don’t think that the well-off have not considered this and planned. Other independent schools will go under and choose to close rather than become absorbed by the state system. Parents with fewer means will have to transfer their children into the state system as fees rise beyond what they can afford. Managing this influx into existing comprehensive schools will take considerable care and will be prone to many problems. But we must always remember to put the children first before the ideology.

Somewhere along the way it will become apparent that our universities are either registered charities or classed as exempt charities that are not registered with the Charity Commission. Because they cherish their autonomy, the idea of setting quotas for students will seem abhorrent to anyone seeking a fair system through a fair resolution. Despite coming from a privileged background, Corbyn’s mantra is now; “The tide is turning. Together we'll take on the privileged and put the people into power.” Setting people against each other is not the stuff of equality and fairness. It instead lies at the root of conflict and prejudice. Many will see this as a call for a class war and be alarmed. Yet this all seems too familiar

Ghosts of the past.

The conflicts apparent in Westminster and in Brighton seem to echo conflicts of the past. The Labour Conference of 1985 was a major turning point in Labour’s fortunes. The leader, Neil Kinnock, made one of the greatest political speeches of our times. It is sometimes referred to as ‘the taxi speech’ that becomes apparent in the video when he describes how militant led Liverpool council delivered redundancy notices.

His final words still apply today and show us how far our politics have descended in the wake of Brexit;

“I’m telling you that you can’t play politics with people’s jobs and with people’s services.”
This was followed by a standing ovation from the hall as hard-line militant supporters stormed out. But it had the opposite effect when seen on the evening news the same day; 11th October 1985. Labour had lost the confidence of the people and the next election in those few moments. By June 1987, the Conservatives had won a third term with a landslide 102 majority.

Lost, along with Labour’s fall, were many educational reforms that would not return under a ‘New Labour’ government ten years later. Instead the slide into the current unequal and unfair mess has continued. Both sides of the current divide would do well to reflect upon, and heed,  those words calling out from 1985.

In his analysis of ‘The Decline and Fall of the Roman Empire’, Edward Gibbon made many incisive observations. We are now living in the final days of British ascendancy in the world. Of the Roman Empire, Gibbon noted, “But the zeal of fanaticism prevailed over the cold and feeble efforts of policy.” Things do not look like they will work out well now either.