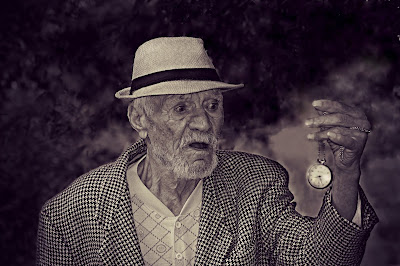 How much longer do we have to ‘Wait for Augar’? Do we have to wait for ever? Or maybe until another generation of disadvantaged become too old to complain? There is no rush from the advantaged establishment and government to change things and there seems little appetite for reform. In the meantime “The essential doesn't change.”

Samuel Beckett in 'Waiting for Godot' offered sound advice with, “Let us not waste our time in idle discourse! Let us do something, while we have the chance! It is not every day that we are needed….To all mankind they were addressed, those cries for help still ringing in our ears! But at this place, at this moment of time, all mankind is us, whether we like it or not. Let us make the most of it, before it is too late!”

This week should have seen the delayed publication of the Philip Augar ‘Review of Post-18 Education’ emerge into the light of day. Announced on the 19th of February 2018 (Prime Minister launches major review of post-18 education), it is now well over a year and nothing but leaks have emerged. The latest from the House of Commons – as this is written – still is  “It is expected that the review will report in early 2019.”


So yet again we are ‘Waiting for Augar’. The situation is now becoming farcical with too many vested interests pushing their way to the front. Meanwhile, the students with the most to lose are left standing at the back and some may be turning away in frustration.


The public must also have trust in Augar being independent and logical in his deliberations. Furthermore, we must be confident that he is not acting in the interest of the establishment alone or indeed the status quo. However, the evidence is now pointing at too much interference from too many quarters; including the government itself. If this is indeed the case, then a likely outcome will be that Augar will have to resign rather than bend to pressures that risk compromising his integrity. Rumours of fees being set at £6,500 per annum, then later drifting up to £7,500 per annum mean that things are clearly not right with Augar.


Emerged from the BBC today and suggested that there is likely to be a further delay to perhaps as late as May. (£7,500 tuition fees plan faces Brexit delay). It seems that cutting fees is still on the table at a higher level, “With the figure of £7,500 now being floated”. This is extraordinary speculation considering the critical importance of the review to the futures and plans of our young citizens. The BBC also speculates that the recommendations of Augar might be kicked into the proverbial “long grass”. It is reported that a former employee of the Department for Education, Charles Heymann, suggests that it might even be “dead on arrival."


Those who shout loudest.


Fees and loans are dominating the leaked reports on Augar. However, is it any wonder that the level of fees dominates the news when they will have the most impact upon the universities and how they are financed? They have been the first to push aggressively to the front of the queue with their case. Often this has been accompanied by dire warnings about the impact upon access for less advantaged students, but with little objective evidence to back this up.


However, the bigger impact upon students in the shorter term is access to funds for living expenses. To this end, the BBC today also noted, in an unattributed sentence, that “The return of maintenance grants for students from low-income families is also under consideration - and there has been pressure for a reduction in interest charges on loan repayments.” This is indeed the biggest concern for those who have more direct experience of the realities for students. One such person is former education secretary, Justine Greening (see TEFS 19th January 2019 ‘Entering the Lion’s Den: Can the Conservative establishment be tamed?’). In the midst of all the ‘Brexit Babble’ at prime ministers question time on Wednesday, she pressed the Prime minister on the reintroduction of maintenance grants for Higher Education. The short and somewhat patronising response simply sought to wait for Augar. You can see the short exchange below.
What the government thinks and what students think are two different things.


No such reticence was exhibited by the Government’s current Education Secretary as reported by the BBC yesterday in ‘Tuition fees not university deterrent, says Hinds’. He observed that “There is no evidence higher tuition fees have deterred young people in England from applying to university.” Of course he might seek evidence first. He naturally fails to mention maintenance and living costs and fails to acknowledge that very little progress has been made to improve access for the most disadvantaged students. He has little experience of what it is like for students from poorer backgrounds and he would be better advised listen to Justine Greening and those on the opposition benches who have such experience.


Evidence of what students are thinking.


Meanwhile just released is the QS UK Domestic Student Survey 2019 and further reported by the Higher Education Policy Institute today ‘Tuition fees: views and perceptions of prospective students’. The QS survey covers a limited number of 1700 students aged 16 to 18 years old. It is comprehensive and, despite the limited numbers, it packs a more powerful punch than statements from Damian Hinds. In contrast, Andy Nicol, Managing Director at QS Enrolment Solutions, observes from the survey that, “39% of respondents say that the debt they will take on makes them less likely to apply to university than they otherwise would”. This is a more likely scenario as also “88% think that “Government should be funding at least half of the teaching cost of an undergraduate degree.”


More worrying conclusions emerge upon delving into the details of the survey regarding living costs. As many as 43% plan to (or more likely have to) cover their living costs themselves through wages or salary. Furthermore, 47% plan to use the means tested maintenance loans. In the first case they are accepting time diverted into paid employment at the expense of study time. In the second case they are accepting much higher loan repayments. A more fortunate 42% plan to (or simply are able to) fund themselves through family and they will have much more time to concentrate on their studies.


The QS results match the employment status of 18-24 year olds in full time education as reported by the Office for National Statistics employment and labour market data going back to 1992. This is described in more detail in TEFS 27th July 2018 The vast majority - one million - of students have no employment when in full-time studies. These are the fortunate ones and there is little doubt that Augar will have considered these data and hopefully act upon it. Further evidence in the AdvanceHE/ HEPI Student Experience Survey 2018 shows that 64% of students in Higher Education have no paid employment whilst at university. Whilst there may be a need for more data on students at each university, surely the jury is now out on this aspect of unfairness. A significant proportion of students are at a considerable disadvantage from the outset.

The last word this week. 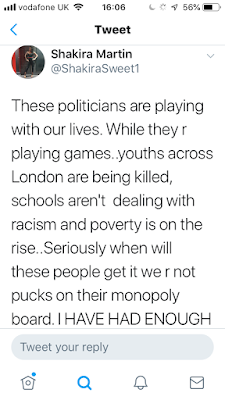 Goes to the outspoken NUS President, Shakira Martin. She has real-time and very stark direct experience of being a student in difficult circumstances. She is well placed to explain the multiple hurdles that many poorer young people experience in their efforts to succeed. he posting on the WONKHE site on Tuesday 'Will Augar knock down barriers?' calls for maintenance grants, support for FE students and a close look at the rising accommodation costs. These are all very necessary things for Augar to address. Despite a hope that improvements will be made, she is sceptical with "Of course, we won’t get everything we have asked for, and it’s possible changes might be made that are not in students’ interests." There is no doubt that her frustration sometime boils over as her latest Twitter posting shows. But so too does the frustrations of many people like her.

Mountainous social barriers, discrimination, inadequate schools and poverty all come together to hold back so many of our talented young people. These must be addressed together if the outrageous social mobility imbalance in UK society is to be addressed. Tepid ministerial utterances about fees not deterring students seem to be aimed at only those in the majority with family backing and finances. The comments look weak and limp in the face of the experiences of the rest. Maybe the time is coming when they really have had enough.