Is teaching intensity the Achilles heel of our universities? 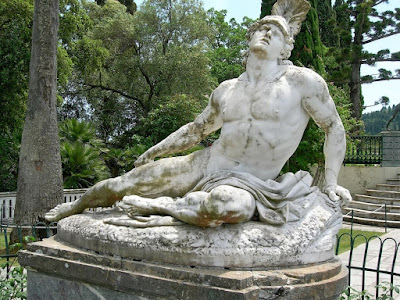 The New Year appears to have provided a fearful start for UK universities.

All of the signs are that the combination of lower fees and Brexit fallout will dent most existing plans out of shape. But in a climate of impending cuts it seems that the Achilles heel of the ‘intensity’ of teaching provision is being exposed.

Gloomy reports have flown in formation over university managements that have yet to return to their desks next week. The inevitable decline in postgraduate students coming from the EU has been observed with alarm (See Times Higher Education January 4th 2019 Postgraduate numbers plummet amid fears for no-deal Brexit). Postgraduates provide the backbone of the research efforts in most UK research teams and Brexit will have the most impact on this. The BBC report (4th January 2019 ‘Brexit: Universities warn no deal is 'biggest-ever threat') duly obliges with the impact on research funding being described as the ‘biggest- ever threat’. In seeking to stay near the top of the pile, universities have accumulated unprecedented levels of debt that are now at over £10 billion (The Times 3rd January 2019 ‘University debt: credit crunch looms as debt spirals’).

Times higher stepped in again with valuable insights into the factors likely to affect government thinking on fees (Times Higher 3rd January 2019 ‘Have the 2010 student protests (eventually) killed £9K fees?’). The Augar review is unlikely to emerge until well into February and the ‘leaks’ seems to be preparing everyone for a dramatic cut in fees. Most universities will be ill prepared to fight back and only the cleverest will have already planned for such a scenario. Whatever happens, it is prudent to expect that the days of unplanned numbers, and the resulting expansionist chaos, are over.  The predilection to linking this falsely to fairer and wider access has probably had its day.

Intensity of teaching provision is the Achilles heel.

Whilst Brexit and fees dominate the headlines, the Achilles heel of 'teaching intensity' remains relatively hidden from view. But two things are likely to emerge that will make it difficult for universities to defend themselves.

Firstly, there is the competition for funding through the Research Excellence Framework or REF. This is due in two years and research intensive institutions will be well into preparations. The link between REF and teaching might seem tenuous to some but to those in the front line of university teaching it is a real dilemma. Those that take on more teaching are also more exposed to a management culture that punishes staff for not delivering the research publications needed for REF. A report from an anonymous academic in Times Higher ( 3rd January 2019 ‘The REF games are even more brutal this time around’) provides a timely reminder of what happens on a regular basis as REF deadlines loom. It is an Achilles heel because it reveals the glaring disparity in teaching effort between active researchers and those less active researchers. Teaching is seen as a punishment for not delivering research or simply because someone doesn’t ‘fit’ in regardless of teaching ability. If funding is cut the government can simply say ‘use the staff that are doing little or no teaching’. It is a major weak point.

Secondly, the issue of ‘teaching intensity’ itself will not go away. Indeed, why should it? Students that are investing time, lost earnings and future loan repayments for many years should expect to see what they are getting. To this end, it seems that the Office for Students (OfS) is determined to supply such information. After considerable protests from universities, the OfS has removed the ‘teaching intensity’ measure from the ongoing Teaching Excellence Framework or TEF. However, it seems they are still set on gathering such data regardless. Times higher has recently reported (Times Higher 31st December 2018 ‘Stand-alone teaching intensity measure ‘could mislead applicants’) that the OfS was,

“Considering how to provide information about contact hours and class sizes as part of its development of a student information, advice and guidance strategy. This aims to create “a new resource to support students with their decision-making”, replacing the Unistats website”.

The Unistats www site is a key source of information for prospective students and it is hard to see how it might be replaced as noted. Instead, it is easier to see how adding such information to Unistats would enhance it greatly. And why not? Most of the information about course timetables and student expectations is available on university www sites and I would encourage students to delve into them before making decisions. But could the considerable reluctance to allow such information to be centrally displayed and compared on sites such as Unistats be another Achilles Heel? It will be unless there is more openness.

The response of the universities is typified by one telling quote in the Times Higher article,

“Teaching intensity isn’t a measure of quality, as it doesn’t capture what happens within contact time, and the government shouldn’t try to turn it in to one.”

This a typical red herring along with bemoaning the effort needed in providing such data. Of course no one is saying that teaching hours or class sizes are a measure of teaching ‘quality’. Indeed government through the OfS is most definitely not saying this. It is simply a measure of how much time and resource is being deployed on behalf of its students. This is surely something of interest to many students. A valuable study earlier showed the wide variation in class sizes and teaching hours at UK universities (Huxley et al 2018 Class Size at University Fiscal Studies 39(2) pp. 241–264.) and these disparities should not be hidden from view.

The universities doth protest too much, methinks.

They put their sincerity in doubt and thereby convince others such as Philip Augar that a new deal is needed. The OfS is right to pursue its teaching intensity line on behalf of students. The universities will never be able to fend off impending cuts by using such weak arguments in their defence. They are hiding the relentless stripping away of teaching intensity over the years in an effort to boost research time and cut costs. REF is one of the main drivers of this trend and is part of the funding mess that should be reformed urgently. The balance between teaching and research is crucial to providing a solid course that is at the front line of knowledge. The students should expect to see and learn from the best researchers. The best research is done in the context of teaching and both improve from the interaction. It is high time this was looked at much more closely in a review of all funding streams to universities and how they are spent.

Augar may well ‘set the cat loose’ soon with a realistic fee structure proposal. But this alone will not untangle the mess that has emerged in the last ten years or so. There are too many other interacting influences to be considered.