The Lords Report: Treating Students Fairly: Is there a glimmer of light at the end of the tunnel? 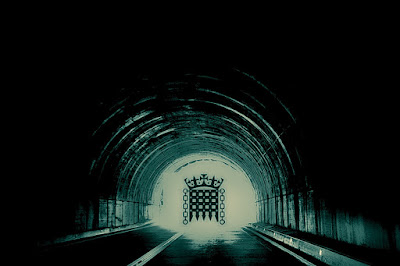 A generation of students has been plunged into a dark tunnel and surrounded by debt and uncertainties about their future lives.

But some hope is ahead through the release today of the much awaited 2nd Report of the House of Lords Economic Affairs Committee: ‘Treating Students Fairly: The Economics of Post-School Education [1]. It is comprehensive at 149 pages and pulls few punches in its criticism of the ‘system’ that in summary is described as:

“The system of post-school education in England is not a system. It is unbalanced in favour of full time university degrees, and as a result offers poor value for money to individuals, taxpayers and the economy.”

The headline news covers most of this report in some detail and show how it sets out a major challenge for Government to meet. Three very important conclusions emerge that will require a clear response free from prevarication.

Firstly a demand for maintenance support for all students in post-18 education. Means tested loans and grants that existed before 2016 should be restored and match the true cost of living.

Secondly, an end to the “accounting trickery” of the student loans system, that has had a devastating effect on students in England and with the cost for today’s students falling onto future taxpayers.

Thirdly, that the interest rate on loans is too high at 6% and should be reduced to the 1.5% level of the ten-year gilt rate.
These alone are radical departures from the current funding regime.

Whose Fingerprints are on it?

The fingerprints of Andrew McGettigan, with regard to analysis of the loans system, are all over the report. He has been a leading critic of student loans as a way of hiding and deferring the government debt. His predictions from his widely read text ‘The Great University Gamble’ in 2013 [2] are coming back to haunt us with ‘interest’.

The fingerprints of others are also visible. Evidence from Claire Callender [3] on the importance of part-time students perhaps reflects her position at Birkbeck College. However, the arguments she makes are compelling and have hit home.

David Willets also submitted evidence, but took the opportunity to advertise his book ‘A University Education’ that was due out a few months later in 2017 [4]. He starts the book with: “I love Universities. You just have to look at the posters stuck to the walls and notice boards. They add up to a picture of the good life – invitations to join sports teams, orchestras, social projects , new drama productions…………”

This shows how terribly skewed his vision of what university life really is. This perspective somewhat contaminates the rest of the book. Many students will look at the same posters and sigh that they cannot afford to take part. They work-part-time or commute miles from home. I have met many such students who see University life as being generally a bad time that will hopefully pay off in the future good times to come.
The fingerprints of Shakira Martin and her colleagues from the National Union of Students are also very evident. David Willets might take some time to meet with her – assuming he has not done so by now. Her plea for help for students with regard to adequate maintenance funding is heartfelt and based upon experience. It is worth looking at again here.

We now await the government response to this report. The Lords inquiry has been very detailed. It is clear that the evidence taken from 108 written submissions and 52 oral submissions has generally had some effect.

In contrast the Government’s own efforts, that came through the House of Commons Treasury Committee Student Loans inquiry, have looked a little pale by comparison [5]. That report was 49 pages long and gathered far less evidence. The report was published on the 18th February 2018 and a response on 11th May in time to beat the House of Lords to the draw. The government response [6] was predictably in favour of the status quo of loans. It might be viewed by some as a cheaper version of the Lords report, rushed out to beat the more weighty deliberations. In itself, this is perhaps a metaphor for the Higher and Further Education system perhaps.

For example in response to:

“The Government aims to maintain credible public finances. Its policy is to reduce debt by selling public assets it no longer has a reason to hold, in a way that represents taxpayer value. Each sale is intended to have the assets declassified with substantially all the risk and rewards transferred to investors.”

This is simply not credible in the light of the more recent Lords report. The response to the later report will be a bigger challenge for them if their track record is any indication.


What is missing? The student's own financial contribution perhaps.

Hiding in the lengthy contributions is the TEFS submission to the Commons Treasury Committee Student Loans inquiry [7]. It highlights the economic contribution that students themselves make to their education through part-time working during their studies. This aspect is glossed over – but lies at the core of fairness and genuine equal opportunity. As far back as 2006, a survey by the Royal bank of Scotland reported that almost half of the UK's students worked part-time during the term and earned a staggering £2.3bn a year. Subsequent surveys of part-time working by students to date have reach similar conclusions. Not much has changed and this contribution is hardly a trivial one.

Is light visible?
Yes there is at least some glimpse of light, but it is a long way off. It seems that we are still travelling on foot in a very long tunnel. The challenge is not to be fearful and aim to get there before the next economic catastrophe comes speeding down the line.

[4] A University Education. 2017. David Willetts, Oxford University Press. 201.
A critical review by the Council for the Defence of British Universities is at: http://cdbu.org.uk/book-review-a-university-education-by-david-willetts/

[6] Student Loans: Government and Office for National Statistics responses to the Committee’s Seventh Report. May 2018. https://publications.parliament.uk/pa/cm201719/cmselect/cmtreasy/995/995.pdf

[7] TEFS Blog 24th October 2017. ‘One casualty is one too many’. A submission to the Treasury Committee Student Loans Inquiry that addresses specifically the terms of reference relating to; “the impact of student finances on students”.
http://studentequality.tefs.info/2017/10/one-casualty-is-one-too-many-submission.html