The review of post-18 education and funding: Who is Philip Augar? 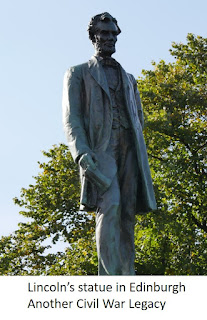 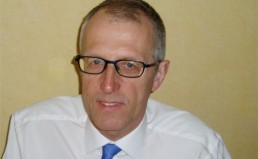 Who is Philip Augar?
Maybe the starving cotton workers in England in the 19th Century, as a consequence of a civil war in America  that paralysed their industry, still haunts him.

Theresa May revealed today that Philip Augar will chair the review into post-18 education and funding. Some will know of his writing on the stage of the financial sector and banking both in the UK and wider afield. Some will fear what he will bring to the table as he may seek to dismantle the whole UK tertiary education system in the UK. His article of 2010 “A better way to break up the banks” (https://hbr.org/2010/02/a-better-way-to-break-up-the-banks) is telling in this respect. With regard to regulation of banking and investment he notes; “A simpler and more effective approach would be to prohibit banks that traded for customers or for themselves from giving advice to clients.” For ‘banks’ substitute ‘universities’ and see how a simple solution could mean that Theresa May is taking a massive risk in Tory eyes.
At first it seems worrying that he quotes Friedman in his most recent article on his www site: http://philipaugar.com/news-view/a-call-for-corporate-boards-to-overturn-the-status-quo/.
Quoting Friedman from the New York Times of 1970 he notes, “that business is not concerned ‘merely’ with profit but also with promoting desirable ‘social’ ends . . . They are — or would be if they or anyone else took them seriously — preaching pure and unadulterated socialism.”

Before you dust off the red flags in anticipation of Augar’s support for Friedman you will see that he has been a stern critic of monetarism and condemns its catastrophic consequences.
“It took the banking crisis of 2008 and the ripple effect of financial disaster to expose the flaws of the theory; not least that many of the boats had been left behind. This was evident from a widening pay gap between those at the top and those at the bottom, and — in the UK — stagnant real wages and uncompetitive productivity. The public articulated its discontent in a series of unexpected election results. This led to Donald Trump in the White House, Brexit and a prime minister with a diminished majority in Downing Street.”

The cotton famine - a lesson from history.
He graduated from Cambridge with a PhD in 1979 entitled “The cotton famine, 1861-5: a study of the cotton towns during the American civil war”.


In his book “The Death of Gentlemanly Capitalism” (Penguin Books 2000) he describes how, after completing his Thesis in 1978, he was recruited in the City as a trainee investment analyst where they were overly concerned with his “school (grammar) and university (Cambridge)”. It seems his knowledge of the plight of the cotton industry 1861-1865 was not so important. He started at the beginning of a time of rapid change and profligate behaviour in the financial sector. He was an equities broker for the next twenty years with NatWest and then Schroders and was involved in sale of Schroders investment bank to Citigroup. In 2000 he quit banking to start writing about what he had observed. It seems he was not entirely happy with what he experienced. Maybe the starving cotton workers in England in the 19th Century, as a consequence of an American civil war that paralysed their industry, still haunted him.

In “The Death of Gentlemanly Capitalism” he notes that: the merchant banks were “class and attitude ridden. They had not yet grasped that in a world where paternalism no longer worked, the anti-managerial attitudes of the armed services and the public schools would not be sufficient to bring the best out of people.”

He goes further in “The Greed Merchants” (Penguin Books 2006 and Allen Lane 2005) where he describes how the general public “unknowingly line the investment bank’s pockets”. He describes a flawed system and what really goes on in the capital markets”

Milton Friedman would surely label him “socialist” if he were around today.

In 2000 the Guardian (https://www.theguardian.com/business/2000/oct/21/10) dubbed him “Doctor Death” where they describe him as “a man with an awe-inspiring curriculum vitae as the head of global equities at, in turn, NatWest Securities and Schroder Securities. He's been there, done it and, in the process, earned the soubriquet Dr. Death from his ever-so-slightly-fearful staff. He's also passed Go a couple of times and has chosen the new career path of scriptwriter rather than soap star.”

However, he has shown considerable interest in education policy since and even served as a non-executive director at the Department of Education under Michael Gove. This experience may also reveal predilection toward an inherent  mistrust of government policies at this time.

The early life and education of Philip Auger remains somewhat elusive. It can only be assumed he had a comfortable family environment. It is unlikely that he ever went without food. But his historical understanding of the economic chaos brought by civil war across the Atlantic and its effects on starving workers in England surely dominated his educational formative years.

The other panel members joining Philip Auger are:

Alison Wolf is a British economist, and the Sir Roy Griffiths Professor of Public Sector Management at King's College London. She is a cross-bench peer in the House of Lords and produced Wolf Review of Vocational Education in 2011.
Edward Peck is the Vice-chancellor of Nottingham Trent University.

Bev Robinson is the principal of Blackpool and Fylde College.
Ivor Martin Crewe is Master of University College, Oxford and Oxford PPE graduate. He was the chair of the 1994 Group and president of Universities UK He was previously Vice-Chancellor of the University of Essex and also a Professor in the Department of Government at Essex University.
Jacqueline De Rojas is president of TechUK, chair of the board of Digital Leaders and is on the government’s Digital Economy Council.